But an outright improvement!


Readers will recall the post The Roman Rite in Transition, which supplied some photographic documentation of certain liturgical novelties before and during the Second Vatican Council, when the "Mass of All Ages" was still in use. Among the photographs was the below image of Archbishop O'Hara celebrating the titular feast at Christ the King parish versus turbam in 1954, at the time a brand new parish. 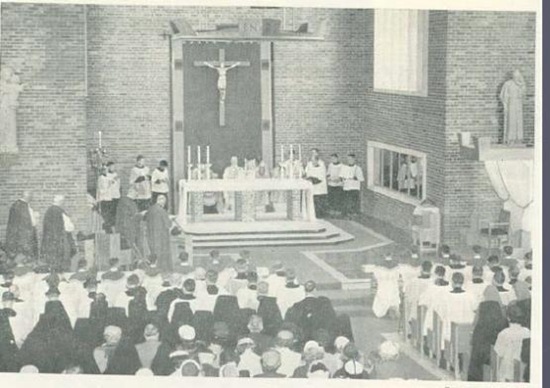 Today New Liturgical Movement has collated pictures of various celebrations of the Assumption from around the world, including a Latin Mass at Christ the King in Kansas City! Notice what is different? 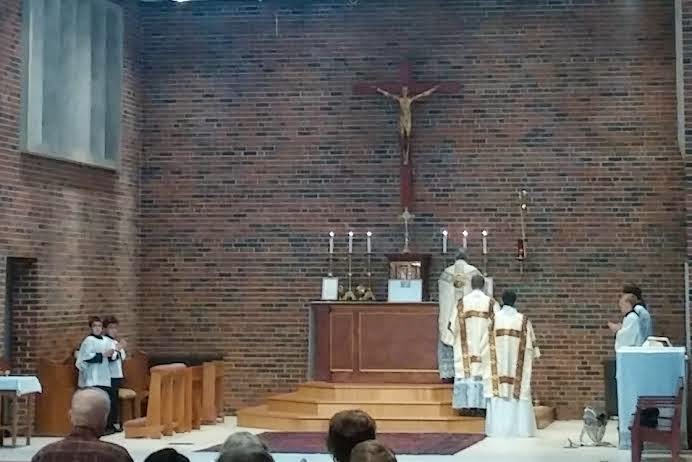 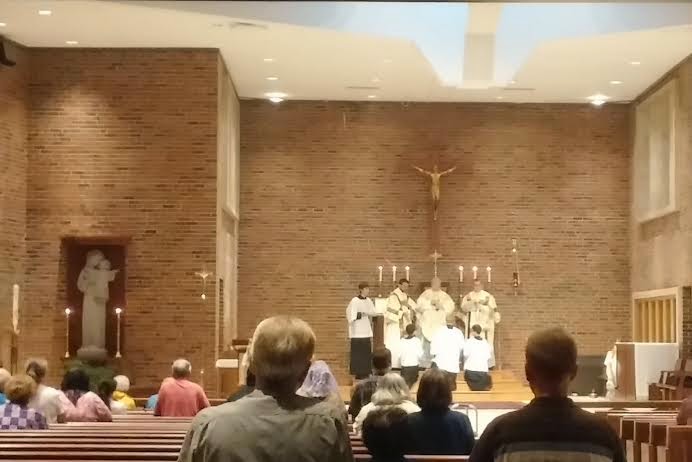 This is more "Forget the Reform" than "Reform of the Reform" methinks.
Posted by The Rad Trad at 2:25 PM