After seeing this advertisement for the widely ignored case for the canonization of Pope Pius XII I thought readers of a traditionalist bent would do well to remember why his canonization should be opposed: because of what he actually did during his pontificate, not because of what secular media mindlessly repeating the accusation of Rolf Hochhuth merely think he did. At the time of his death Pius XII made the Church more vulnerable to the world and to poor leadership than any pope since Leo X. 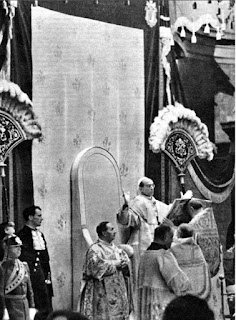