"Science" is a word. Some self-purported secularists and rationalists seem to believe "science" is a spell, an incantation which calls wisdom and vanquishes superstition.

I remember some years ago Richard Dawkins and Roger Scruton debated the merits of religion as a social feature on BBC. Agnostic Scruton said Christianity merited its place through its patronage and inspiration for the great arts, namely the Sistine Chapel in Rome. Dawkins, in a trill of intellectual and rhetorical mediocrity, predictably made the platitude that it could have been even more beautiful if a scientist had built it. Applause roared from the mental midgets in the rafters. 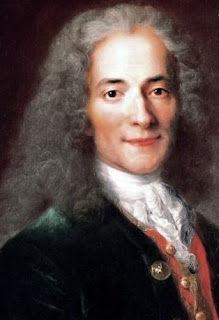 Blame the Enlightenment. The Enlightenment philosophers championed a return to the Greek understanding of reason, at least as they read it, and believed science to be the purest expression of reason, despite the fact that hardly any of them were scientists or mathematicians. The romance with science began with Newton. "God said, 'Let Newton be!' and there was light," saith Alexander Pope. Voltaire and his mistress would translate Newton from Latin or English into French before committing the carnal act, the implication being the the gravitational constant drew Émilie to Francois.

At its heart science is not "truth" in a conventional sense. Pure science, the sort that can be tethered to mathematics—like physics and astronomy—is a systemic description of physical phenomena. The scientist is a person of unique talents, but also of a narrow temperament that does not equate well outside his sphere. Newton shook the Baroque world with his seemingly ex nihilo theories about gravity, mechanics of movement, and derivative calculus. Those things may be true, but are they truth?

The Enlightenment writers never said the definition of the derivative is the Truth in such a way as could replace Christ, God, the Church, and conventional morality, but they and their descendants certainly believed that such a mechanical understanding, a discursive sort of deduction could be applied to social and philosophical questions, too.

In following this thought, philosophers have consigned themselves to total irrelevance in the world. The last brilliant philosopher may have been Wittgenstein. The last meaningful one was Nietzsche. Neither one quite fit the Enlightenment mold, although both could be said to have essayed to find their own place and Mankind's place in a world in which rationalism has killed God. The philosophers' bromide, "science", made scientists into social commentators and pop celebrities, men like Hawking, Dawkins, and Tyson (the value of the contributions to science of these three are very different). None of them has added anything of value to government, to morality, to inspiration for quotidian life, nor have they pointed the direction for a shining future for Mankind, despite some cheer-leading. Common people who today say they "believe in science" and who a century ago said they "believe in reason" and five centuries ago said they "believe in the Scriptures" have no more idea what Darwin really wrote about evolution than they know about Aristotle or the Book of Job. All of this would be fine if only we were not told that science is a model of behavior and thinking fit for all problems and questions.

History, as Americans are learning today, is an important subject. It is also a very human and hence personal subject. Science has some place to contribute to History as far as testing the age of the documents or digitally recreating events to test purported narratives, but generally reason and understanding are totally different modes of thinking. The former relies on an objective hypothesis, tests it against available facts, and then sets a precedent for the future that others must accept. Understanding is far less linear, far calmer, and far more nuanced. Information can be destroyed or re-discovered. History is often based on a received understanding that forms modern beliefs and attitudes and which hence, even if scarcely documented, must be accepted as the de facto narrative. It is also a subject which is very personal, that is, involving persons and their reasons and hence involving right and wrong. Were the Senators right to kill Julius Caesar? Or for Catholics, what was the understanding of Holy Orders in the first few centuries of the Church? And because progressives love carnal questions, is homosexuality, as we know it today, something that can be found in every society and generation in the past? Science does not purport to have an answer and "science" certainly wants to have an answer.

Enlightenment thinkers believed reason, and hence science, could answer all Mankind's questions and reform societies in a peaceful, egalitarian manner. They similarly believed education should be more broadly available because it diffused this mechanism for thought. What no Enlightenment writer thought was that reason and the scientific approach was fit for every man. Voltaire wondered what would happen if people ceased to believe in God. Religion became seen as a behavioral educator for the masses while reason was for the educable elite. This understanding of religion and of the non-rational is still espoused by the likes of Jordan Peterson, who still has his merits.

Instead, religion is gone and "science", or scientism, is a widely believed and un-practiced dogma of the new faith of our day, Materialism. It is like a ejaculatory prayer to be uttered against a demon Christian. How hopeless these people would be if they took the time to believe in it.
Posted by The Rad Trad at 10:17 PM