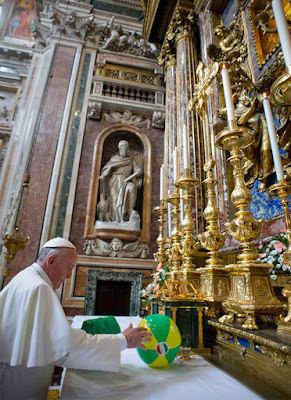 To the Reader: In an age like ours, words are coined and defined and redefined at an ever-accelerating rate. It is important to keep up with the most current usage so as not to be left using outmoded definitions. To that end, The Rad Trad blog is happy to provide the Internet with a handy reference guide.

barron. A type of online personality who gains notoriety via vlogging and keeps up the pretense of orthodoxy while entertaining Balthasarian blasphemies.

clericalist. One who selectively defends men that have received Holy Orders in spite of their grievous errors and public sins. For example, the clericalist will defend a priest he loves against any abuse allegations, even obstructing investigations, until the priest admits to a lifetime of pederasty, and then will fall silent and refuse to apologize for any abuse leveled against his opponents. He will appeal to the dignity of priests' office to place them beyond criticism, but this will not stop him from attacking priests he does not like. See also ultramontanist.

extraordinary form. A term coined by P. Benedict XVI in 2007 to refer to the 1962 form of the Roman Rite in Summorum Pontificum. This term has not passed into common usage among traditionalists except as an ironic compliment, but it is commonly used among neo-conservatives who are also ultramontanists.

liberal. A Catholic who dissents against "official" Church doctrine on some matter, often regarding sexual matters. The liberal will also have an "emotional attachment" to the Novus Ordo revision of the Roman Rite.


neo-conservative (or neo-con). Coined by Christopher Ferrara and and Thomas Woods in The Great Façade, the derogation "neo-con" is frequently applied by traditionalists to anyone to the ecclesiastical left of the Priestly Fraternity of St. Peter. Generally speaking, a neo-con is a Catholic who lives in a state of cognitive dissonance, constantly defending the orthodox Faith whilst also defending the same episcopacy which is actively undermining it.

novus ordo. The term "Novus Ordo Missae" was coined by P. Paul VI in 1969 to describe his near-total revision of the Roman Rite. This may or may not have linguistic connections to the Masonic phrase "Novus ordo seclorum." While not originally a derogatory term, it is frequently used as such by traditionalists. See also Ordinary Form.

ordinary form. A term coined by P. Benedict XVI in 2007 to refer to the Novus Ordo form of the Roman Rite in Summorum Pontificum. Used as a derogation by traditionalists to emphasize the banality of the Novus Ordo.

orthodox. When not applied to the separated Eastern churches, an orthodox Catholic refers to a conservative or traditionalist Catholic who assents to all defined doctrine.

orthopraxis, orthopraxy, and orthopractitioner. Theologically these terms are contested, but are generally said to mean that a certain liturgical practice is in proper keeping with the broader and ancient liturgical traditions of the Church. Catholics who follow the liturgical norms of the Church claim to be working within the bounds of orthopraxy: a neo-conservative will apply this to himself if he follows all the rubrics for the Novus Ordo Missae; a traditionalist will apply it to himself if he follows the rubrics of one or more of the pre-1969 versions of the Roman Rite. One sometimes wonders how accurate these assessments truly are.

pope emeritus. New term coined by P. Benedict XVI in 2013 to describe the rare phenomenon of a retired Bishop of Rome. As practiced by the current Pope Emeritus, he is to wear white vestments, thus fueling all manner of speculation by Fatima devotees. A love for cats is considered by most canonists to be optional.

radical traditionalist (or rad-trad). Derogatory term used by Catholics against any other Catholic deemed too extreme in their attachment to some older form of the Roman Rite, or to supposedly outdated moral norms. Definition is more flexible than traditionalist, so there is no established usage.

sedevacantist. One who believes that the Seat of Peter is currently vacant, in spite of one or more public claimants to the throne. The beginning of this period of evacuation is a matter of some speculation, but the most popular belief is that P. Pius XII was the last true pope. Other contenders include Pius IX, John Paul I, and Benedict XVI. Most sedevacantists also assert that the continuation of Holy Orders ceased with the revision of the relevant rites shortly after Vatican II, so that the true episcopacy and priesthood exists only as a small remnant scattered throughout the world.

traditionalist. As variously applied to Catholics by Catholics: (i) One who wishes to include an occasional smattering of Latin within the Novus Ordo Mass. (ii) One who has an "emotional attachment" to any form of the Roman Rite as used in 1962 or earlier. (iii) One who prefers the liturgies—sacramental and of the Divine Office—in use prior to P. Pius X. (iv) One who demands the restoration of pre-Tridentine Roman usages.

ultramontanist. Literally meaning "beyond the mountains," ultramontanism refers to an appeal to the pope's authority over and above that of the local bishop or patriarch. Strictly speaking, this can be in keeping with the definition of papal authority at the first Vatican Council. However, the term also applies to the kind of clericalist who is overly pious and defensive towards the office (and often to the person) of the pope. Heterodox and liberal Catholics are ultramontanist only when popes are agreeable to them (such as when the pope approves of sinful communions); orthodox and conservative Catholics may be ultramontanist with popes of any kind, because of an excessive piety towards the papal office (see also Voris).


uniate. Derogatory term applied to Eastern Catholic communities who have left the Orthodox churches to be in full communion with the Holy See in Rome, and financially sustain themselves by throwing cultural festivals.

voris. Vortical commentator whose position on many matters is protean yet ultramontanist and generally neo-conservative. Is perfectly ready to delete vlogs without explicitly retracting any past commentary that may contradict his current commentary. Expresses a voracious desire to shut down all online Catholic commentary but his own. Occasionally can be seen carrying a vorpal blade.

zuhlsdorf. A type of Internet clerical commentator with a penchant for publishing meal photographs and republishing the articles of others with constant interruptions in bright red type. Best referenced in abbreviated form (e.g., "There is no scandal, there is only Zuhl").

Email ThisBlogThis!Share to TwitterShare to FacebookShare to Pinterest
Labels: humor