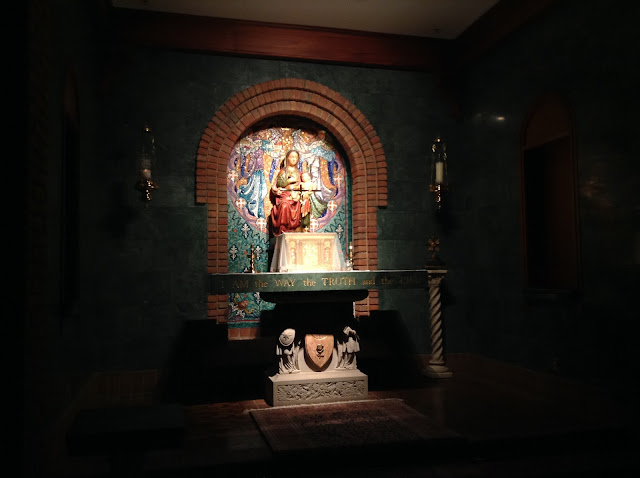 Like most Opus Dei centers, this one was nicely furnished and decorated with good taste. From the outside it appears far more modest, as a faded brick building without much to indicate what’s inside. The Work’s inclination towards privacy is interpreted by some as excessive secrecy, and sometimes that is difficult to argue. I wasn’t there to write an exposé, but to visit an old friend.

Old in more ways than one. Prof. G— was well into his 80s and retired from teaching philosophy for about a decade. I hadn’t seen the old professor since moving to Dallas, but before I left town he was the closest thing I had to a mentor. He had been a numerary with The Work since his younger years, and when spiritual direction with the Opus Dei priests was threatening to become worse than useless, he stepped in and encouraged me to work on my intellectual life.

He emboldened my growing interest in what we call the “Great Books” in the States. I had just started reading books from the Classical era, and the professor’s input was invaluable for contextualizing them. He introduced me to Josef Pieper and was the first Opus Dei member I had met who thought I should read books not published or approved by the prelature.

Upon being led up to his room, I was disheartened but not surprised to witness his declining health. He had lost none of his mental faculties, and we talked at great length on all manner of topics—our personal lives, whether such and such bishop was good, how some books are so thorough that they can be written only once, that my idea of St. Joseph had come to differ from Josemaría Escrivá’s, Pope Benedict’s love for cats, and Roman pilgrimages—until we were both exhausted. We parted feeling nostalgic and refreshed.

If, as St. Dionysius intimates, part of the blessedness of the Celestial City is in being illumined by the light of the other saints as they themselves have perceived the Godhead, there must similarly be a kind of heavenly pleasure in discoursing soul-to-soul on spiritual matters. Like Augustine and his mother anticipating Paradise in their garden, so it is when two Christian minds dialogue on matters of the Faith. There are few greater works than that.


“Those in love do not know how to say good-bye: they are with one another all the time.”
—St. Josemaría Escrivá
Posted by J. at 12:00 AM