You can find a scapular for every occasion. There’s one for increasing the theological virtues (red), one for honoring the Passion (black), one for ransoming captives (white), one for devotion to St. Joseph (gold and violet), one for avoiding Hell (brown), one for converting sinners (blue), and one for converting unbelievers (green). Each one is adapted loosely from the habit of a different religious order, but you can always skip all those complications and just get yourself enrolled in a package-deal scapular.

Now, Mr. Grump is not especially well-versed in the theology of sacramentals. He knows that piously crossing oneself with holy water can expiate one of venial sin, but that’s about it. He wears a cross and has what he considers a healthy amount of religious art displayed in his home. He carries around a miraculous medal in his wallet, although he can’t quite remember how it got there. For the most part, his brown scapular sits in a desk drawer along with a few other Catholic trinket-y items that he is still deciding what to do with. He doesn’t believe much in outsourcing his spiritual life to jewelry, but he keeps them around on the theory that there is much more going on around him in terms of spiritual warfare than he knows, and prefers to keep certain weapons handy even if he isn’t certain how useful they actually are.

Except for Chartreuse, which he is certain is blessed by monks to be a sacramental of the highest order, and is probably one of the seven spirits which sit before the throne of God (Apoc. 1.4).

The credulity given to certain promises around the brown scapular borders far too often on outright superstition. Even so, one must admit that the spiritual practices of average Catholics before the Counter-Reformation would be considered superstitious today. They had a vivid perspective of life as a constant warfare between angels and devils, between witches and priests, between cursed objects and blessed sacramentals. We tend today to lean in the opposite direction of incredulity towards stories of the supernatural. We are picky about which miracle stories we believe—why do we disbelieve that St. Denis carried his own decapitated head for miles, but believe that Christ raised Lazarus from the dead? 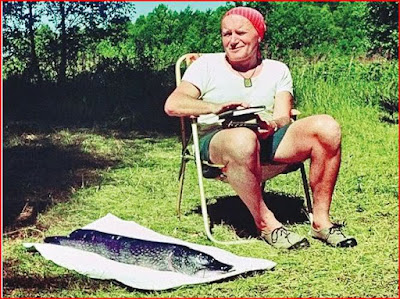 I, for one, find no reason to think that the Blessed Virgin did not promise eternal salvation to those Catholic religious who faithfully kept the rules of their orders, symbolized by the faithful wearing of their orders’ habits. The counsels of poverty, chastity, and obedience were given to us to make salvation more certain, and religious orders were founded to make the practice of the counsels more practical. Why wouldn’t Mary step in occasionally to assure Catholics in those orders that they were on the right track to ensuring their own salvation?

But therein lies the problem. The further away the popular devotion of scapular-wearing gets from the religious orders that originated these scapulars, the more similar it becomes to superstition. One need not become even a Third-Order Carmelite in order to “receive the graces” of the brown scapular, anymore. The scapular need not even be a scapular, but can now be a medal, destroying the one physical tie it had to a religious habit.

Stories of even worldly Catholics being saved from physical harm by wearing this scapular proliferate in its popular literature—a priest is saved from a bullet wound during Mass by the scapular, an enrollee stops a violent storm by throwing his scapular into the waves, a woman attempting suicide is unable to sink whilst wearing her scapular, etc.—and while I am not so incredulous as to doubt the reality of spiritual warfare spilling over into the material realm, one notices that the subject matter of these stories tends towards the sensational rather than the sober. Even Pius XII warned the Carmelites against presumption when considering Mary’s promise: “But not for this reason, however, may they who wear the Scapular think that they can gain eternal salvation while remaining slothful and negligent of spirit, for the Apostle warns us: ‘In fear and trembling shall you work out your salvation.’”

Wearing a brown scapular without any concern for the Carmelite order seems also to be yet another example of the disintegration of religious life in the Church. The scandals of unchastity, avarice, and plain disobedience in religious life are bad enough without also removing the devotional items they created from their possession. Those poor monks need all the help they can get. Carmelite spirituality leaves me cold (I do admire some of St. John of the Cross’s writings from an abstracted distance), but it is a help for many souls, and there is something perverse about recommending the order’s scapular without requiring any unique part of its spiritual life.

Every time a Catholic with some attachment to my parish dies, the question of whether or not he died wearing his scapular immediately arises. Better to ask if he died with the sacraments and with a clear contrition for his sins. How well did he fight off the final temptations of the Devil? How firmly did he hold to the Faith as the angel of death drew nearer? Wearing the scapular until death may indicate a love for Mary, or it may indicate presumption. No doubt she can work many miracles through her sacramentals, but should we insist that she will, even for obstinate sinners?