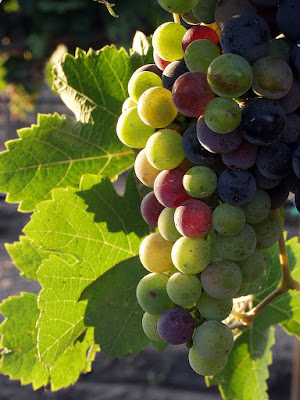 As far back as the 1600s winemakers were trying unsuccessfully to transplant European grape varieties to North America. For reasons unknown at the time these grapes would never grow in American soil, so they settled for cultivating local varieties and occasionally grafting European grapes onto American rootstock.

In the mid-1800s American vines were being transported to France to be grown there, and by the 1860s local vineyards were being obliterated by blight. Vines in the midst of a vineyard turned yellow and red, with the few grapes being produced yielding little good taste. The blight would spread quickly outward, with entire vineyards mysteriously drying up over a few years.

It turned out that the European rootstocks were unable to take root in American soil because of an aggressive species of aphid that European vines had not developed an immunity towards, and the newer transportation by steamboat finally allowed these aphids to survive the journey across the ocean. Once discovered, the reaction was swift but tardy. Insecticides proved slow to work, and many vintners turned in desperation to the aphid-resistant American rootstock.

The Great French Wine Blight was well under way. Over the course of 15 years about 40% of vineyards were affected, the French economy was shaken, workers in the wine industry had their pay cut in half, and many migrated to America. Because wine production dropped so precipitously, the French turned to another source of alcohol from Switzerland to whet their palettes—absinthe.

Pre-Blight wine quickly became a collector's item, and today only a few untouched vines remain. Although mocked as "Americanists" by the diminishing purist population, vintners found success by grafting the local vinifera onto the aphid-resistant American roots. This was dubbed "reconstitution" and hailed as a victory. Still, many claim that the robust flavors of pre-Blight wine were never again reproducible.

The public's taste had been greatly diminished due to their consumption of wormwood, leaving wine at least for a time to the connoisseurs. Wine makers joined the fight against the spread of absinthe, and the green devil was blamed for an increase in violence and general drunkenness. Jean Lanfray, a Swiss farmer, murdered his family in 1905 while presumably under the influence of absinthe. Many countries banned the drink, including Switzerland, France, and the United States. Only the Great War stopped the bans from increasing.

Today Americans can be found patting themselves on the back for saving the French wine industry with our rootstocks, completely forgetting the problem originated with us.

There is more than one way to devastate a vineyard, and sometimes it never recovers.