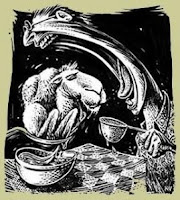 Karl Keating's dislike for Latin-loving traditionalists is well known. He formed his cadre of apologists at Catholic Answers according to his own preferences during his long tenure as president. In his retirement he has published a full-length book about the imminent danger posed by geocentrists and many smaller collections of essays on apologetics and hiking. While his public Facebook page has been filled mostly with thoughts on hiking and self-publishing, most recently he could not help himself from dancing on the fresh graves of a few traddy friendships:


Louis Verrecchio, who once made a living explaining and defending Vatican II at parishes around the country, now decries the council, calling it heretical, and thinks the current pontiff and his immediate predecessors have been heretics.

But he finds heretics elsewhere, too, such as in the Fatima movement. He says the Fatima Center, which was headed by the late Fr. Nicholas Gruner, has gone off the rails since Gruner's 2015 death. It has betrayed Verrecchio's understanding of the Fatima message.

As a result, he has castigated the group and in return has been criticized by its supporters, such as Christopher Ferrara, a long-time associate of Gruner. In a post at the Fatima Center's website, Ferrara faulted the group's opponents without naming Verrecchio, though it was clear he had Verrecchio in mind. (He referred to "a grandstanding Catholic blogger.")

In turn, Verrecchio has responded, saying that, under Gruner, the Fatima Center never would have had nice things to say about a "celebrity cardinal"--a reference to Cardinal Raymond Burke. And so on....

[F]issionble material keeps fissioning. Uranium 238, when it's done fissioning, ends up as lead. That may be a trope for what's happening among a good chunk of the Traditionalist movement.

The unchristian glee Keating takes in the fallout of friendships among fringe figures is especially aggravating considering the fission among Catholics "in good standing" that he spent his career sweeping under the rug. The man who could never find anything negative worth saying about Cdl. Mahoney's reign of bad taste and bad doctrine never found himself short of words against doctrinally sound if intemperate traditionalists.

Today's Catholic Answers radio show regularly tackles tough, troubling questions like "Why do nuns but not priests take vows of poverty?", "Is it really a sin to vote in favor of homosexual marriage?", and "Why do Catholics pray to saints?" His apologists condemn the iconoclasm of mobs attacking statues of St. Joan, but never the iconoclasm practiced by the clergy. Mediocrity with a sheen of intellectual pretension is Keating's major legacy to American Catholic apologetics; swiftness to wrath against trads his minor legacy. I am convinced this man has done more damage to the traditionalist movement in America than many bishops combined: 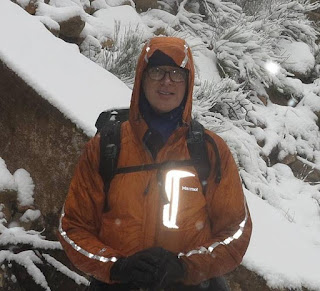 In many ways he reminds me of E. Michael Jones, a man who prides himself on properly interpreting arcane aspects of canon law concerning the criticism of bishops while loudly slandering and defaming everyone else in sight. Karl similarly is very intelligent about a small set of outdated apologetics and extremely modern ecclesiastical legislation, while lacking a broader wisdom about the life of the Church as a whole. He is a more learned version of Mark Shea, who once had his feelings hurt by trads long ago and, just like a good Christian, never forgave and forgot.

What future is there for Catholic apologetics? If it is to pull itself out of the depths of irrelevance, it must engage with the more urgent questions of the age. I agree with Dr. Edward Feser that atheism and insufficient philosophies of being are some of the greatest threats to the Faith, but one cannot expect niche-burrowers like Keating or intellectual lightweights like his apprentices to bother engaging with these in any tangible way. Total faithlessness is on the rise, and who will stand against it? Much easier to shoot the easy targets of Protestants and Trads than to mount a defense against a real menace.