Devotionalism: Its Relation to Religion 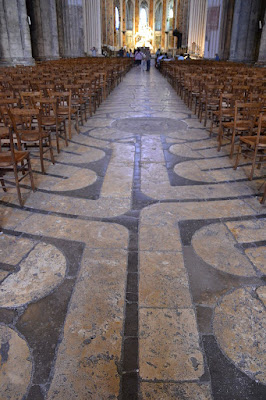 Proper devotion, as noted by the Thomistic reference in the previous installment, is tied intrinsically to the practice of religion. While a particular devotion might have grass roots it must have a close relation to the religious practice of the Church if it can be considered a Catholic devotion. There is little necessary in the way of a formal process of ecclesiastical approval; indeed, aside from recognition in the Enchiridion Indulgentiarum or outright condemnation there is little to stand in the way of a devotion from developing however its devotees wish.

In an age when the faithful were more attuned to the movements and rhythms of Tradition, one could more easily trust the common instinct as sensus fidelium. The iconoclastic movement of the Counter-Reformation shifted devotionalism to a clergy-approved process, but the modern age has seen even priests turning skeptic. Devotionals tend to be split between extreme populist practices (consecrations to St. Joseph, various novenas, private revelations) and those safely approved and promulgated (Divine Mercy chaplets, miraculous medals).

The practices of religious orders were the source of most popular devotions. From the formal prayer of the psalter or breviary has sprung the Rosary, books of hours, little offices, parochial vespers, and many more. Every popular form of scapular comes from a religious habit. Consecrations to Christ and Mary take the form of quasi-religious vows. The admonition to have a “rule of life” is a derivation of the strict order of monastic living.

The ancient practice of pilgrimage developed in a multitude of ways from its roots in the Jewish Passover, and devotions like the Stations of the Cross and “round-the-block” processions are simplified extrapolations from its basic principles. So too are derived the various labyrinths of medieval cathedrals.

The kalendar found popular expression in the dedication of months to saints and Christological aspects, usually tied into a particular feast found in that month. The same is often applied to the days of the week, but to far more questionable effect.

When devotions move away from their roots they begin to take on lives of their own. The Rosary gains a fourth set of mysteries and loses all symbolic connection to the 150 psalms. The brown scapular is handed out like candy by everyone but the Carmelites and becomes a garment of superstition. The vigil is disconnected from its complex roots in the Roman Rite and Breviary, and becomes a way to escape going to Mass on Sunday mornings. Unless it maintains strong roots in Tradition, devotionalism slips into rigid atomization and restless novelty.

Email ThisBlogThis!Share to TwitterShare to FacebookShare to Pinterest
Labels: Devotionalism