I recently returned from a week and a half visiting old acquaintances at Oxford and making some new ones in London, escaping those Excel spreadsheets from the office, and immersing myself in my Office. It was a pleasure to return to Oxford, where I spent some happy time reading medieval history as a student, where I first became interested in the medieval enhancement of the basic Roman liturgy and when my faith genuinely came alive. The city is much the same, but in many ways different from when I lived there seven years ago. What follows are poorly devised observations. Some proper reflections on architecture, the service of Vespers, the significance of symbolism, the "good life", and friendship will come in future weeks. 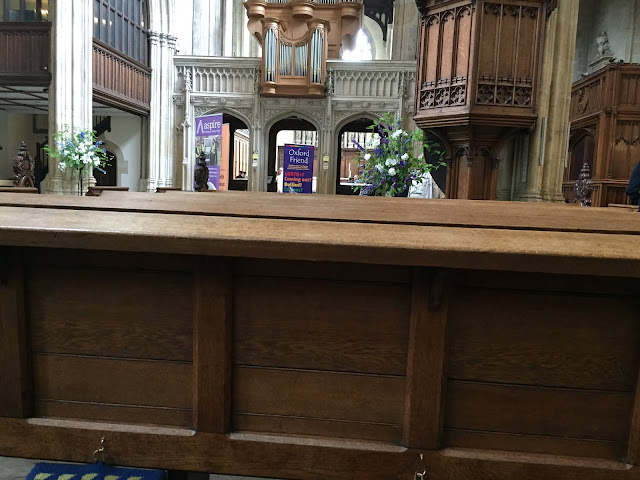 First, the Church of Saint Mary the Virgin is very much the University church in that it reflects both the interests and the religiosity of the University. A greeting table and several pro-gay banners obstructed the Rood screen. On the other side a minister began a said Eucharist service with one or two lay Anglicans in attendance; Chinese tourists snapped away with their cameras. Both Thomas Cranmer and Saint Edmund Campion were listed among the martyrs of the Reformation on the church wall. Rather than dwell on it I went to the nearest tobacconist, bought a Hoyo de Monterry No. 2, and took a morning constitution through the University Gardens. 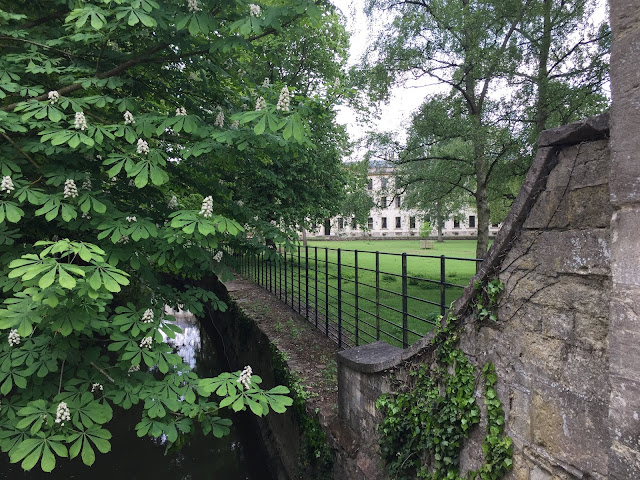 Oxford has several gardens and the various colleges each have their own. Most people ambulate through the meadows of Christ Church College because the entrance is free and easy to access off Saint Aldate's Street. Instead I selected the quiet respite of Magdalen's gardens, where the hedge work is less deliberate, the deer are free to roam, and a mile or two path can take one out of radar range of the bustling tourism on the High.

After some time reminiscing a friend at the Ashmoleon arranged for a papal audience with the former Bishop of Rome, Prospero Lambertini. 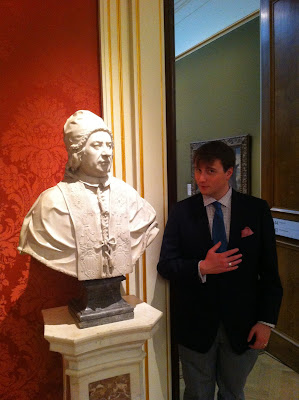 The Pontifex emeritus and I dilated at length about the state of the liturgy, the resurgence of the old Holy Week, and his current successor. When I asked if we should return to the books in force during the reign of Pius X his holiness retorted "I forbade even Masses of the Sacred Heart. Why should my words carry less weight than those of Sarto?" When I pushed him to comment on the current pontiff he said, "De mortuis nil neque vivis."

A friend and I took leave of the Holy Father and instead opted for a nice luncheon at Le Manoir in Great Milton, about half an hour's drive from Oxford, where a pimply sommelier refused to believe his wine selection for the gazpacho did not work; the rest of the meal was a masterpiece. Le Manoir is almost worth a visit for its own sake, a 15th century manor house-turned-restaurant that grows all its own vegetables on a few acres; the scent of several varieties of thymes, lemongrass, and flowers from the Japanese garden perfume the air around the estate. 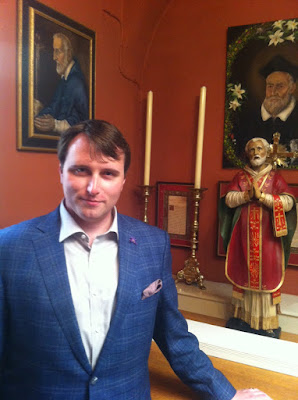 Finally, I revisited the Oxford Oratory for the 8AM Mass and sung Latin Vespers in the evening, the first time I have attended Western-rite Vespers since leaving Oxford seven years ago. I revisited also the chapel of Saint Philip Neri, founder of the Oratory and the "Third Apostle" to the City of Rome. Philip, not unlike Francis of Assisi, was perhaps not as crazy as we imagine, but his absolute detachment from the world was certainly jarring and attractive to his followers. In our age material wealth and instant entertainment have made possible what in Philip's day were merely tempestuous thoughts, and yet it is Philip's assimilation of indifference to the world and real love of neighbor that re-converted Rome's heart. I have maintained a devotion to Saint Philip these years and would encourage anyone unfamiliar with his life to acquaint himself. There is a reason new oratories seem to sprout up every year and it is not because people want to wear fiddleback chasubles.