A Dirty, Jovial and Unscrupulous Crew

Reading through the accumulation of modernist novels one has gathered over the years of graduate school is much like a slow and careful mining operation. One might occasionally find a rich vein of valuable ore, but must be careful of cave-ins, pockets of poison gas, and societies of mole men. I had never read much of Ford Madox Ford's fiction before now, just part of a science fiction collaboration with Joseph Conrad and a few essays. The Good Soldier is probably Ford's most famous novel, a story about bourgeois indolence and cuckoldry. The narrator is the victim of his wife's infidelity and of his friend Edward's apparent trustworthiness. While the novel is not especially worthy of the attention it has received, one passage jumped out at me as I was desperate to find anything memorable within:


I have given you a wrong impression if I have not made you see that Leonora [Edward's wife] was a woman of a strong, cold conscience, like all English Catholics. (I cannot, myself, help disliking this religion; there is always, at the bottom of my mind, in spite of Leonora, the feeling of shuddering at the Scarlet Woman, that filtered in upon me in the tranquility of the little old Friends' Meeting House in Arch Street, Philadelphia.)[...] For Edward was great at remorse. But Leonora's English Catholic conscience, her rigid principles, her coldness, even her very patience, were, I cannot help thinking, all wrong in this special case. She quite seriously and naïvely imagined that the Church of Rome disapproves of divorce; she quite seriously and naïvely believed that her church could be such a monstrous and imbecile institution as to expect her to take on the impossible job of making Edward Ashburnham a faithful husband. She had, as the English would say, the Nonconformist temperament. In the United States of North America we call it the New England conscience. For, of course, that frame of mind has been driven in on the English Catholics. The centuries that they have gone through—centuries of blind and malignant oppression, of ostracism from public employment, of being, as it were, a small beleagured garrison in a hostile country, and therefore having to act with great formality—all these things have combined to perform that conjuring trick. And I suppose that Papists in England are even technically Nonconformists.

Ford himself was a Catholic, at least at one time. He had been received into the Church at the age of nineteen (1892), but by the writing of this novel his marriage had fallen apart and he and his lover attempted unsuccessfully to secure German citizenship in order to procure a divorce. To Ford's credit, I suppose, he never exploited his fellow Catholics as a readership like the pseudo-Catholic Graham Greene later would. His bitterness about the Church's doctrine against divorce and remarriage makes The Good Soldier an interesting kind of anti-Catholic propaganda, and also grants readers a glimpse into his own soul.


Continental Papists are a dirty, jovial and unscrupulous crew. But that, at least, lets them be opportunists. They would have fixed poor dear Edward up all right.

Perhaps this is true or perhaps it is wishful thinking. Leonora's Irish Catholicism (her religion is described alternately as English and Irish) has the kind of strength that comes from embattlement, and those who have lived for years comfortable in the practice of their faith do tend to slouch into laxity. Certainly the slothfulness of our own days bears this out.

I have no idea if Ford, like Conrad, finally died reconciled to the Church. There is little indication he cared to move past the "feeling of shuddering" at the thought of Papistry or to repent of his war against marriage. 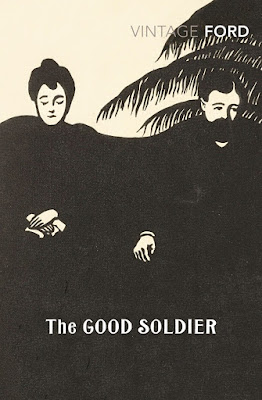