It sure is a quiet day for Josephite devotions. Nope, definitely nothing to see here...


St. Jerome’s (c. 347-420) influence on the Roman Church was felt most prominently through his Latin “Vulgate” translation of the Scriptures, but his biblical commentaries would often be used as a standard for many later theologians. Instead of following the ancient Tradition of St. Joseph’s earlier marriage, some commentators would begin to reference Jerome as an authority who swept that belief away.

(Much of what follows makes use of Fr. Bilodeau’s study The Virginity of Saint Joseph in the Latin Fathers and Medieval Ecclesiastical Writers.) 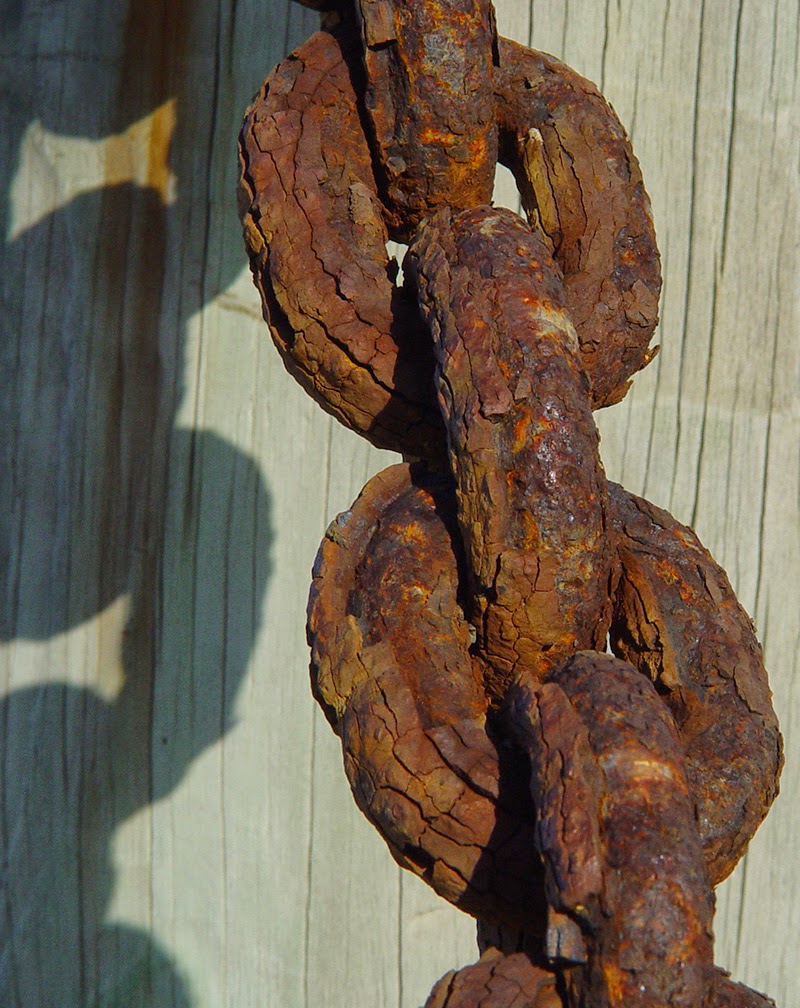 The earliest known follower of Jerome on the point that Joseph remained always a virgin and that the “brethren of the Lord” were cousins at the closest—aside from St. Augustine’s acceptance of this theory as a possibility—was the Venerable Bede (673-735). Writing his commentary on the Gospel of John (Expositio in sancti Joannis evangelium) three hundred years later, he claims,


There were indeed heretics who thought Joseph, the husband of the ever Virgin Mary, had generated from another wife those whom Scripture calls the “brethren of the Lord.”[...]  But, my dearest brethren, without any fear on this question, we must know and confess that not only the Blessed Mother of God, but also the most holy witness and guardian of her chastity, remained free from absolutely all marital acts; in scriptural usage, the “brothers and sisters of the Lord” are called, not their children, but their relatives. (2)

The next writer Bilodeau can find is the next century’s Rabanus Maurus (c. 780-856), a Frankish monk given the popular title of Praeceptor Germaniae (Teacher of Germany) and probably best known today for writing the hymn Veni Creator Spiritus. He writes in his Commentarius in Mattaeum that “Catholic devotion teaches and it must be admitted that the parents of Our Lord were always endowed with an unspoiled virginity” (1.1). From this sentence, Bilodeau jumps to the conclusion “that this belief was widespread, and perhaps universal, in the ninth century,” which is more than mildly ridiculous.

Two centuries later, St. Peter Damian (c. 1007-1072) wrote in De coelibatu sacerdotum, his general defense of celibacy, “And if it does not suffice for you that not only the mother is a virgin, there remains the belief of the Church that he who served as the father is also a virgin” (3).

The next century, Peter Abelard (1079-1142) says in his sermon on the Annunciation (Sermo in annuntiationem Beatae Virginis Mariae) that “Joseph, as St. Jerome recalled, remained a virgin, just as his spouse did.”

Around the same time, Hugh of Saint Victor (c. 1096-1141) wrote in Quaestiones et decisions in epistolam ad Galatas concerning “James the brother of the Lord”:


Not a few affirm that he was thus called the brother of the Lord, because he was the son of Joseph, the putative father of the Lord, by another wife: but this is not a proven fact, since Joseph is believed to have been a virgin; therefore another solution must be sought. (q. 5)

Nearly a millennium after Jerome, St. Albertus Magnus (c. 1206-1280) came up with another innovation by claiming that Joseph and Mary both made vows of virginity:


Reflect also on the vow of virginity of both these spouses, for it is stated that the angel was sent by God to a virgin espoused to a man named Joseph.  And this is said because she was found to be with child before they were united.  Since therefore she had been espoused before this was revealed to her, that is since she had been entrusted to his care, as the Fathers repeat, up to the time when, because of her physical condition, she was found to be with child, this union would not have continued unless, by mutual consent, they had already made a vow of virginity. (In evangelium secundum Matthaeum, Opera 9, 12)

Now, it is not unreasonable to conjecture that Joseph and Mary had a mutual agreement to be completely chaste during their marriage, and that he did not simply avoid her bed out of quiet fear. Unfortunately, since then this has frequently been taken to mean that both spouses had made vows of celibacy at a young age, long before their betrothal. As reviewed in earlier posts in this series, some patristic-era sources do say that Mary had made a vow of virginity as a young girl, but none had ever said the same of Joseph.

Unless there are significantly more defenders of Joseph’s perpetual virginity than what Fr. Bilodeau has dug up, the followers of Jerome are few and far between until the second millennium. However, Albert’s expansion on Jerome’s ideas would soon be especially consequential through the intellectual activity of his greatest student, Thomas of Aquino.

Next time, we will see what St. Thomas wrote about Joseph, and the influence of the Angelic Doctor on later theologians in this regard.

As today in the Roman rite is the feast of Ss. Phillip & James (the Babysitter) and of Joe the Communist in the new rites, one might find the lessons from the second nocturne of Mattins instructive:

JAMES, surnamed the Just, the brother of our Lord Jesus Christ, was a Nazarite from the womb. During his whole life he never drank wine or strong drink, never ate meat, never shaved, and never took a bath. He was the only man who was allowed to go into the Holy of Holies. His raiment was always linen. So continually did he kneel in prayer, that the skin of his knees became horny, like a camel's knees. After Christ was ascended, the Apostles made James Bishop of Jerusalem and even the Prince of the Apostles gave special intelligence to him after that he was delivered from prison by an angel. When in the Council of Jerusalem certain questions were mooted touching the law and circumcision, James, following the opinion of Peter, addressed a discourse to the brethren, wherein he proved the call of the Gentiles, and commanded letters to be sent to such brethren as were absent, that they might take heed not to lay upon the Gentiles the yoke of the Law of Moses. It is of him that the Apostle Paul saith, writing to the Galatians " Other of the Apostles saw I none, save James the Lord's brother."

So great was James' holiness of life that men strove one with another to touch the hem of his garment. When he was ninety-six years old, and had most holily governed the Church of Jerusalem for thirty years, ever most constantly preaching Christ the Son of God, he laid down his life for the faith. He was first stoned, and afterward taken up on to a pinnacle of the Temple and cast down from thence. His legs were broken by the fall, and he was wellnigh dead, but he lifted up his hands towards heaven, and prayed to God for the salvation of his murderers, saying " Lord, forgive them, for they know not what they do " As he said this, one that stood by smote him grievously upon the head with a fuller's club, and he resigned his spirit to God. He testified in the seventh year of Nero, and was buried hard by the Temple, in the place where he had fallen. He wrote one of the Seven Epistles which are called Catholic.

Aside from clearly coming from the same town as our Lord was raised, he was also much older than Christ, living to ninety-six and dying before the destruction of Herod's Temple, which puts his birth three decades or so before the year zero.

As always, go to the St. Lawrence Press and read of Msgr. Gilbey's May 1st exploits!

Ss. Philip and James, pray for us! 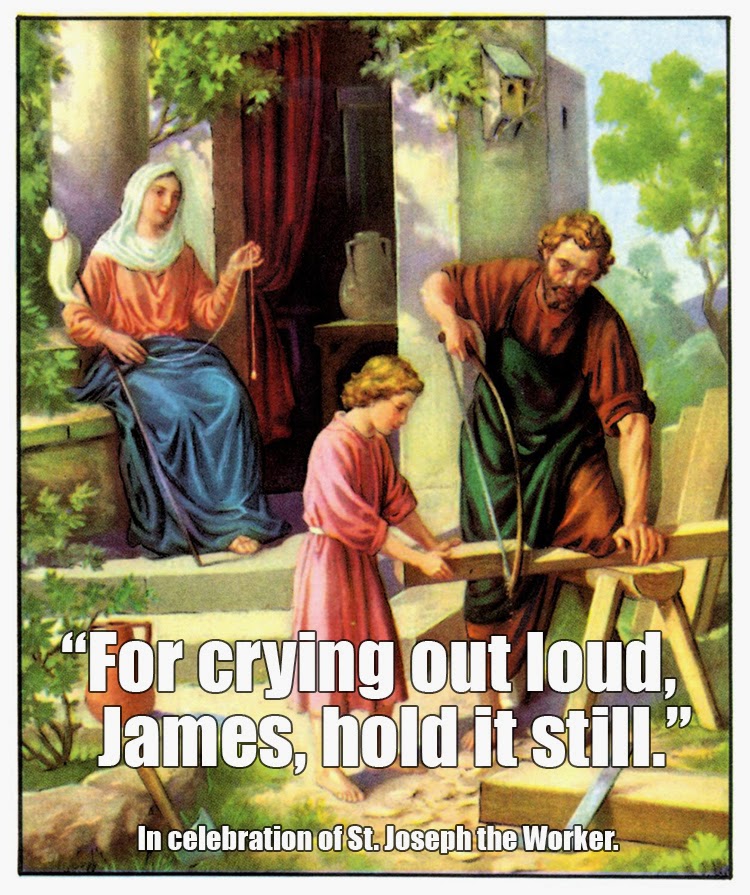