On Nostalgia, Apologetics, and Apostasy

“We remember the fish that we ate in Egypt freely: the cucumbers come into our mind, and the melons, and the leeks, and the onions, and the garlic. Our soul is dry, our eyes behold nothing else but manna.” (Numbers 11)

In addition to his series on nostalgia, His Traddiness has brought up the strange case of Michael Coren’s recent apostasy. This is assuredly a sad event and one for which we ought to offer up our prayers and fasts. It is also part of the ongoing statistical trend of Catholics leaving the Faith, or at least the practice of it, that has been happening for decades. Cradle Catholics are leaving because they are too smart not to perceive the irrelevance of what they see and hear from their prelates every week. Converts leave for these and many other reasons, not the least of which is the budding suspicion that they have been seriously deceived by the apologists who argued them into the Church.

Not all converts come in through the agency of apologetics. Some marry into the Faith, others are entranced by the beauty of our art and music, and a few just want to be a part of the same philosophical school as Thomas Aquinas. For all these, apologetics plays a secondary role, and the arguments for and against the minutiae of the Faith are not terribly worth considering. One thinks of Rex Mottram’s impatience with Fr. Mowbray’s attempts to catechize this poor, simple fellow in Brideshead Revisited.

I have indeed imparted my opinion to His Traddiness that the Catholic Answers crowd and their countless imitators on EWTN and other publishing imprints do a poor job keeping discontented Catholics in the Church. Back when I was yet unconfirmed, I must credit Catholic Answers particularly for clearing out a lot of the heretical rubble that had been keeping me from understanding what the Church actually taught. I appreciate what their staff writers and speakers did for me all those years ago, so I criticize them with no small measure of sadness.


Keating is a cradle Catholic, and as such does not have a feeling for the pull that Egypt has on those who have left that pagan nation for the Promised Land flowing with milk and honey. The version of the Catholic Church promised by today’s apologists is basically the Arcadian land of 1950s triumphalism, with plenty of Vatican II quotations added in for good measure. The ur-text for Catholic Answers and other apologists is Frank Sheed’s Catholic Evidence Training Outlines, a 1925 manual with extensive instructions about how to speak publicly and deal with hecklers (easily modified for radio shows and blogging), followed by even more detailed outlines of the kinds of subjects a Catholic soapboxer in Hyde Park would have had to opine upon. The Outlines take some inspiration from St. Francis de Sales’ tracts written against the Calvinists back when that heresy was young. When Mr. Sheed was arguing petulant Anglicans into the Catholic fold, they were being received into something solid and stubbornly unprotean, with a community of fellow believers who knew what they knew and knew what they were doing. When Keating and his staff use the same arguments to push the indecisive into the twenty-first century Church, these converts are left unprepared for the pandemonium and disorientation that is about to confront them.

What happens when these CA-converted rabble call in to the radio show to point out the very obvious ecclesiastical problems, well-nigh begging for clarity and encouragement? All too often the caller is told that the priests or bishops in question are “trying their best” to deal with modern problems, that said caller should take comfort in this fact, and thank you for your call. This passive-aggressive, “Everything is Fine” approach to the confused borders on the wicked. These apologists make vocations out of the spiritual works of instructing the ignorant and counseling the doubtful (outside the Church), but fail to comfort the afflicted and counsel the doubtful within the Church.

Is it any wonder that Catholic converts apostatize, that close to one-half of them leave the Church within a year of their confirmation? The Keating answer is simply, “Oh, well. They knew the truth, and couldn’t handle it.” But in reality, these converts are undermined at every step by their parish priest, by their bishop, by their fellow Catholic, most of whom don’t believe even half of what Catholic Answers has triumphantly claimed to be the teaching and practice of the Church.

When our apologists are little more than truth-bots doling out programmed responses to every possible query, then Catholic apologetics have truly reached their final disintegration. All head and no heart, the apologist shrugs as the apostate limps back through the desert to Egypt, bruised and bloodied from the beating his supposed friends have given him. The convert nostalgically remembers his old life—being asked over to dinner to someone’s house every week after church, charitably arguing about the interpretation of some obscure Bible passage with friends at the coffee shop, not being scowled at by all of his relatives—and wonders why he is settling for scraping manna off the ground while Aaron comes by every five minutes to kick him in the ribs. 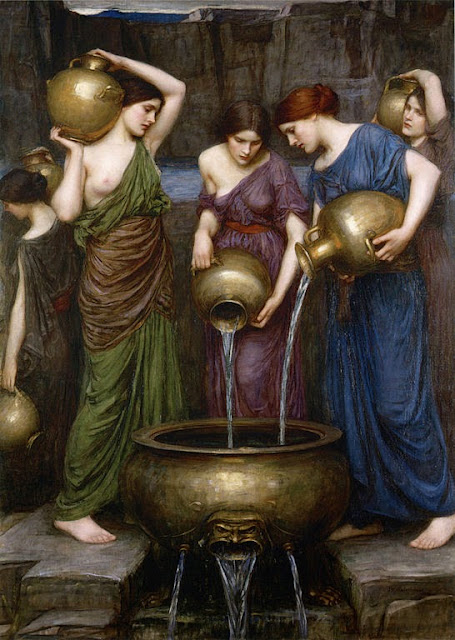