Do We Need Full-Time Apologists? 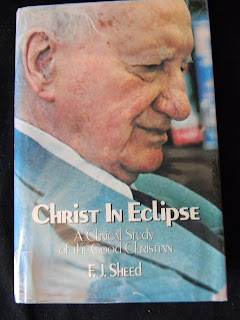 Every so often I peruse the New Advent website for the latest from the neo-conservative Catholic clique. Between the Fr. Longenecker and Fr. Zuhl posts, and the “Everything in the Vatican is Fine” stories, one occasionally finds a new article from the retired president of Catholic Answers, Karl Keating. Most recently, he has been writing about why Fundamentalist Protestants should be okay with sacramentals, and how they hypocritically use them even while denying this.

It all seems rather overbearingly redundant. Keating has written so many of the same types of books and articles against Fundamentalists that I’m surprised the CA blog editors haven’t just republished his old work. In spite of his international travels and hiking expeditions—all publicized on Facebook—he seems to be bored enough to scribble out more tracts against dying heretical sects. It feels obsessive, much like the fact that he took the time in his later years to write a 366-page complaint against a fellow who used too much soy sauce with his meal.

All of which brings me to my major question: Should people be treating apologetics as a full-time job? I am not questioning the necessity of apologetics nor the need of learned people to be taking significant amounts of time engaging intellectually with attacks against the Faith, but the decision of laymen to devote much or most of their time to such engagements appears to be a recent phenomenon. Ever since the creation of the Catholic Evidence Guild in 1918, their peculiar method of public interaction with anti-Catholic rhetoric has been the norm in apologetics circles.

The work of apologetics used to be shouldered by men who lived primarily other avocations. They engaged in apologetics as necessary, but not as a full-time career, whether that be in the form of public speakers in Hyde Park, radio broadcasters, or bloggers. Many of the best apologists were not just apologists—Augustine was a bishop, Thomas Aquinas a monk and philosopher, Blaise Pascal a mathematician and inventor, G.K. Chesterton a journalist and novelist, Ronald Knox a priest and schoolmaster, Peter Kreeft a university professor, and so on. Even C.S. Lewis, the best Protestant apologist of recent memory, was chiefly a scholar, professor, poet, and novelist.

The greatest apologists were men who lived lives of broad interest and learning, who made their livings in other ways, much as how St. Paul paid for his own expenses by tentmaking. The men who focus all their intellect and livelihood on the defense of the Faith are apt to end up with middling obsessions. One needs only to look at current figures like E. Michael Jones, Michael Voris, Mark Shea, Karl Keating, and a thousand full-time bloggers to see the proof of this. I always worry when a Catholic blogger announces he has decided to devote all his time to defending the Church against atheists/neo-Catholics/Democrats/rad-trads/Fundamentalists/Choose-Your-Poison; within five years I expect him to be foaming at the mouth with a tiny readership, yelling in an unseemly way at his chosen target.

Go outside. Read a novel. Plant a garden. Visit Europe. Go fishing. Write a poem. Play a video game. Find something else to occupy your time in between your job and your intermittent apologetical engagements. Chesterton could not have written Orthodoxy and The Everlasting Man without losing his sense of humor had he not spent his leisure time drinking wine, wandering the streets of London, and smoking good cigars. Full-time apologists end up either as obsessed extremists or as religious businessmen, which is what usually happens in the Protestant world (as with Francis Schaeffer, Norman Geisler, Lee Strobel, and Hank Hanegraaff). When apologists start selling tickets to “Learn Your Faith” sea cruises, simony has found its foothold.