Understanding the US Election 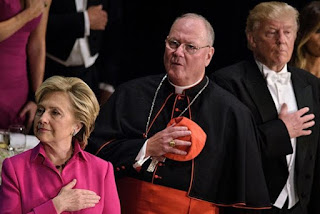 International readers may be searching for answers after Donald Trump has pulled off the most remarkable American electoral victory since Dewey "beat" Truman. The best analysis I have found comes from the Mad Monarchist. Say what you will about Mr. Trump's tone, the conduct of his campaign, or his positions, the Mad Monarchist's article lays out exactly why he won. What that means as far as governance remains to be seen. He is not a financial genius. Hopefully, he is not Putin. He is not Constantine, either (and neither is Putin). However, he may leave us alone. We are due for a recession (although the markets have not panicked after the Donald's win the way they did after Brexit) and how he handles it will test his mettle. Interesting times lay ahead.

On an off note, the result of this election is angering all the right people: millennials with art degrees who work at Starbucks, gender equality activists, investment bankers who could not buy the election result, and Democrats who refused to learn the lesson of Bernie Sanders. Regardless of how Trump governs, politicians here and abroad ignore the forces that wrought Trump at their own risk. There is minute truth to the idea his "alt-right" base has radical racial tendencies (doesn't Black Lives Matter?), however they are mostly anti-PC trolls. The Marxian methodology of political triangulation used by Western liberal parties—dividing people into demographics and forcing their sympathies to one of two parties—has pushed a large portion of the population, including Christians, to the side. That marginalized pool was large enough to elect a president. "Crazy Bernie" understood this, "Crooked Hillary" did not.

With Hillary Clinton's exit from the political arena, does Francis of Rome assume the throne of the international left and wear the triregnum of liberty, equality, and fraternity? Perhaps fraternity is too gender specific.... You get the idea.
Posted by The Rad Trad at 12:00 AM