What was the eliminated lesson from the pre-Tridentine Mattins for the Assumption? A good question deserving of an answer I could not find when parsing my 1554 edition of the Breviarium Romanum, a Parisian printing of the most complicated structure. The Tridentine reforms and modern printing brought some order to the ordinary, sanctoral, commons, and temporal of the Office. By mere chance I happened upon this troped version of the Te Deum. Doubtless, readers will be aware that the medieval dioceses troped the Kyrie according to the season, a practice which survived even in early printings of the Missal of St. Pius V. What readers may not know is that the Gloria and Te Deum were frequently troped, too, according to the feast, especially feasts of the Virgin or concerning the Incarnation. Here is a version of the Ambrosion hymn for use on Marian Saturdays. 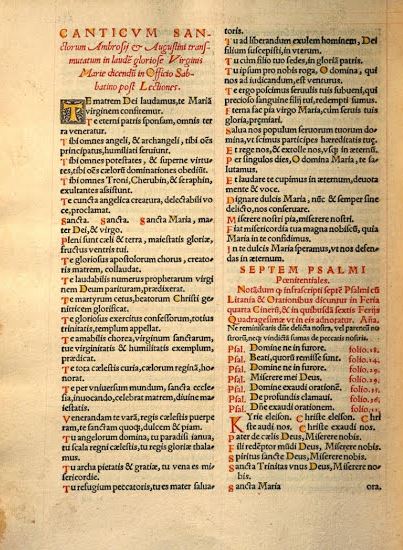