The Dubious End of the Dubia 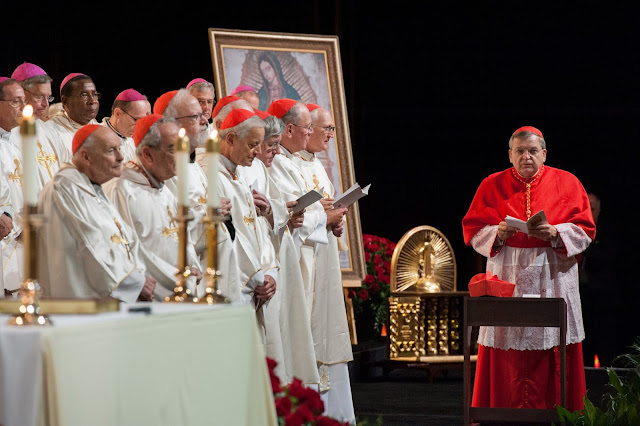 The word on the street is that the dubia of Cdls. Brandmüller, Burke, et al. has finally reached its termination with a traditional definition of the immorality of receiving Communion whilst in the midst of adultery by a small, toothless conference in Rome. This “whimper” ending of the dubia process is disappointing but unsurprising. An old mentor of mine once encouraged me to pray for Joseph Ratzinger upon his election to the papacy because he was “more of an academic than a man of action,” and that goes double for Raymond Leo Burke, a man more comfortable in a law library than the public square.

This is not to suggest that the cardinal lacks a spine, merely that he is better at standing still in the midst of a hurricane than he is at wielding a weapon against the enemy. The fruitless exercise of the dubia by the ever-dwindling association of cardinals ended in frustration and confusion, and perhaps it has left the situation worse than when it began.

Meanwhile, the Francismachine continues to bulldoze apace. Cdl. Raymond “Lion” Burke lacks the resolve of his middle-namesake, favoring public respect and a show of obedience to the direct opposition of this Satanic undermining of marital life.


How can any one enter into the house of the strong, and rifle his goods, unless he first bind the strong? and then he will rifle his house. He that is not with me, is against me; and he that gathereth not with me, scattereth.

The Vatican’s offenses against matrimony are accumulative and disastrous for the salvation of men. We traditionalists have been looking to the dubia cardinals as modern-day Bishop Turpins—the celebrated warrior-bishop of La Chanson de Roland—but they are in the final analysis mere clerics in the reductive sense of the word: clerks worried more about an imbalance in the books than about the evil at the root of the problem.

One day we may get the reforming clergy we need, but Brandmüller and Burke have quietly retreated from the field while their soldiers still fight. They may continue to grant interviews until the day they die, but talk is only talk.


From the other part is the Archbishop Turpin,
He pricks his horse and mounts upon a hill;
Calling the Franks, sermon to them begins:
“My lords barons, Charles left us here for this;
He is our King, well may we die for him:
To Christendom good service offering.
Battle you’ll have, you all are bound to it,
For with your eyes you see the Sarrazins.
Pray for God’s grace, confessing Him your sins!
For your souls’ health, I’ll absolution give
So, though you die, blest martyrs shall you live,
Thrones you shall win in the great Paradis.”
The Franks dismount, upon the ground are lit.
That Archbishop God’s Benediction gives,
For their penance, good blows to strike he bids. (lxxxix)