I recently happened upon a strange online article entitled, "5 Saints Who Had Terrifying Visions of Hell." From the title, I thought it might be a sober reflection on the final end of the damned, perhaps in the form of a sermon. Instead, I discovered it to be a Buzzfeed-style list with excerpts from holy mystics focusing almost entirely on grotesque imagery.

Being already in a morbid state of mind, thanks to the impending holiday, I decided to investigate this website further. Called "ChurchPOP," it is run by a fellow named Brantly Millegan, who (as his personal website informs us) has an MA in Theology and is working on a PhD in Theology from CUA.

I am pleased to see that Mgr. Millegan defends the Catholic's right to criticize the reigning pope, but I suppose that means Michael Voris will not be inviting him onto his Daily Whirligig show. I find myself feeling slightly envious about the extent of his writing portfolio, everything from the seemingly-Feeneyite ("3 Need-to-Know Dogmas You Never Hear About") to the near-occasion-of-Weigel ("Serious Catholics Are Evangelical"). 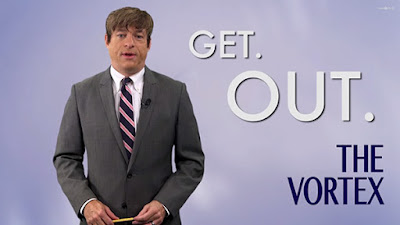 Now, Mr. Grump will never be invited to write for Aleteia or Catholic Sistas, but maybe Mgr. Millegan would see fit to publish a ChurchPOP version of my Josephology series: "7 Reasons Why St. Joseph Was an Old Fuddy-Duddy" (Reason 1: Ecumenism with the East is still a thing!).

One quote from the "5 Saints" article stood out to me, though. This was from Teresa of Avila, describing the hellish pains of certain heretics, and it seems particularly relevant in light of tomorrow's celebration of Reformation Day:


It was that vision that filled me with the very great distress which I feel at the sight of so many lost souls, especially of the Lutherans – for they were once members of the Church by baptism – and also gave me the most vehement desires for the salvation of souls; for certainly I believe that, to save even one from those overwhelming torments, I would most willingly endure many deaths.

St. Teresa of Avila, pray for us!