It was at the University of Kansas that Senior accomplished his greatest academic and spiritual work, his magnum opus which was also an opus Dei. The Integrated Humanities Program (IHP), founded in 1970 with Dennis Quinn and Franklyn Nelick, was a classics or “great books” program that passed down ancient Christian and pre-Christian wisdom as a true oral tradition.

Senior had become very seriously Catholic by this time. He encouraged his students to read the Rule of St. Benedict, and sent some of them on pilgrimages to the Fontgombault monastery in France, which was one of a few still celebrating the pre-Novus Ordo rites of the Church. Many of his students had converted to the Faith, some joined the religious life to found Our Lady of Clear Creek Monastery in Oklahoma (a daughterhouse of Fontgombault), and others are priests and bishops today (including Bp. James Conley of Lincoln, Nebraska). His intellectual-spiritual children and grandchildren are seemingly as numerous as the sand of the sea.

The success of the IHP was hotly opposed by many in the administration, who had received calls from concerned parents that their children were being subjected to brainwashing by a cult figure. A local Unitarian minister formed the “Committee for Academic and Religious Freedom” with the aim of abolishing all religious freedom within the IHP. The local Catholic archdiocese was even convinced to oppose the program, which was finally abolished in 1979 by the Kansas faculty after a thorough witch hunt. Senior, Quinn, and Nelick soon filed a libel suit which was settled in their favor, but they continued to teach at Kansas.

Meanwhile, Senior had published The Death of Christian Culture in 1978 through Arlington House. Parts of the book were pieced together from previously published essays, and the final result is a mighty jeremiad against the suicidal literary-cultural movement of the West. Here, Senior condemns the “Perennial Heresy” which he had described with such affection in The Way Down and Out, and corrects it with the Perennial Philosophy. The various chapter titles—“Eastward Ho!—Hum,” “The Real Absence,” “The Emperor’s New Literature,” “Dark Night of the Church,” etc.—gives the reader a sense of his thoughts on cultural and spiritual matters.

He retired from teaching in 1983 due to a severe heart condition, and the same year published The Restoration of Christian Culture through Ignatius Press, a decision one can hardly imagine the publisher making today. In Restoration he more strongly pushes for a revival of Benedictine monasticism and Marian devotion. Chapters such as “The Air-Conditioned Holocaust” and “A Final Solution to Liberal Education” proved that he had lost none of his bitter wit. 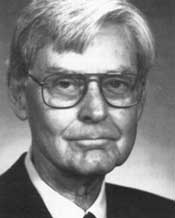 Senior’s close relations to the Society of Pius X were a matter of some concern for his fellow Catholics, even to the traditionalists. He wrote articles arguing for the possibility that the Society’s break with the pope in the ’80s was justified (republished as “The Glass Confessional” and “Lost at Sea” in The Remnants by Remnant Press, 2013), and his son Andrew remained friendly with the Society and Dr. David Allen White, a brilliant English professor who is still a close collaborator with Bp. Richard Williamson. Both Andrew Senior and Dr. White wrote introductory notes to recent editions of Death and Restoration. On his deathbed, the elder Senior angrily dismissed a priest who tried to comfort him with the assurance that nobody really knows what happens to us after we die. “I may have lived awhile with the New Church,” he replied, “suffered under it, but I will not die in it.”

John Senior’s legacy deserves repeated consideration. Even the imperfections of his Christian Culture diptych cannot eradicate its moments of brilliant clarity. A short excerpt from one of them is enough to prove the point:

Generations brought up in centrally heated and air-conditioned homes and schools, shot from place to place encapsulated in culturally sealed-off buses, who swim in heated, chlorinated pools devoid of current, swirl or tide, where even the build-up from one’s own pushing of the water is suctioned off by vacuums so as not to spoil the pure experience of sport-for-sport’s sake... poor little rich suburban children who have all these delights, and living in constant fluorescent glare, have never seen the stars, which St. Thomas, following Aristotle and all the ancients, says are the first begetters of that primary experience of reality formulated as the first of all principles in metaphysics, that something is. (Restoration, p. 83)

The spiritual tradition he handed down bears fruit to this day, and shows little sign of stopping. He was perhaps right in warning his students and friends—if one can indeed separate the former group from the latter—to avoid his book on occult literary themes, but even that work can serve as an indirect warning against certain spiritual temptations. If the esoteric tradition is in fact the Perennial Heresy, it deserves a thorough explication to show that it is no mere passing Harry Potter-esque fad.

On April 8, 1999, Senior passed away and was buried in Our Lady of Peace Cemetery in Kansas by Fr. Ramon Angles of the SSPX. He was joined two years later by his wife, and their tombstone reads, “Love is strong as death.”