Painted Churches of Texas I: St. Mary of the Assumption

This past weekend a group of friends, His All Traddiness included, ventured down to something called Austin, TX, a town famous for drunk escapades on 6th street, Whole Foods, and for fifteen years the home of Rick Perry. Its rural surroundings—possibly the only hills in the barren state of Texas—quietly hold a treasure of delectable barbecues and painted churches.

Readers will recall J's post on St. Peter's, the "painted" church of Lindsay, TX. Painted churches are not an historical anomaly in central Texas, which saw a remarkable settlement of Slavic and German migrants from central and Eastern Europe. They built modestly sized parishes and furnished them in baroque fashion to the best of their ability. Statues and ornate reredros graze the sanctuaries, but when of the ceilings, walls, cornices, and other crevices that would be gilt and covered in 18th century masterpieces in the old world? These immigrants took brushes to the plain Texan wood and created something quite extraordinary in these little low Mass chapels.

The first church in this series is St. Mary of the Assumption in Flatonia, TX. The community dates to 1865, but the current edifice is a few decades newer. As with all the painted churches we saw, there is an adjacent cemetery; one would be baptized, married, communicated, and buried in the same tradition and among the same people, a contrast to our mobile society not lost on my cadre. 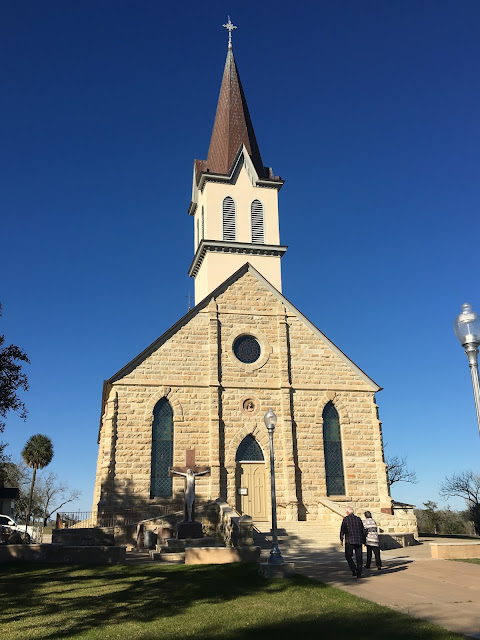 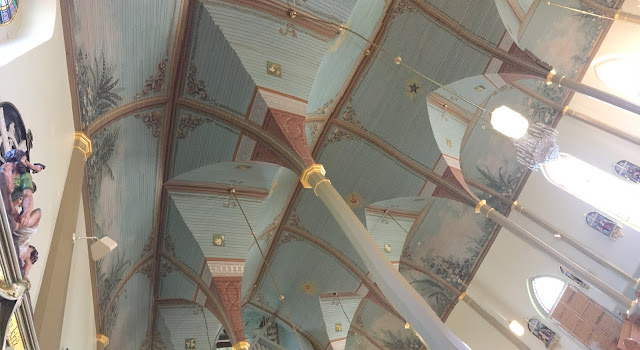 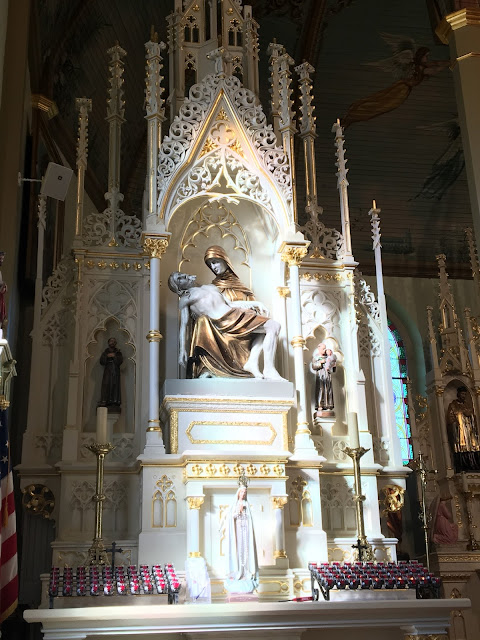 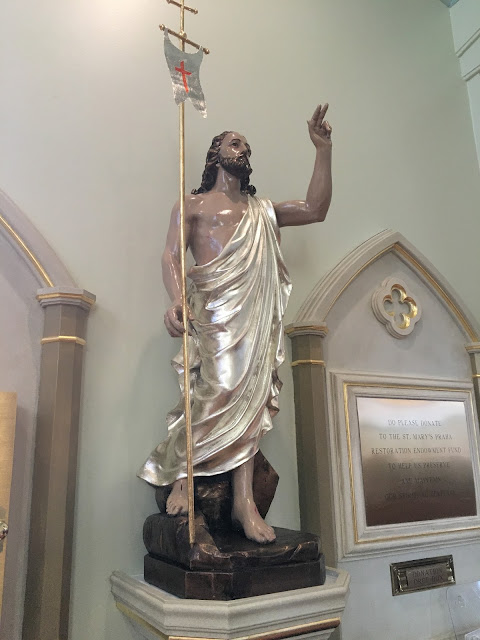 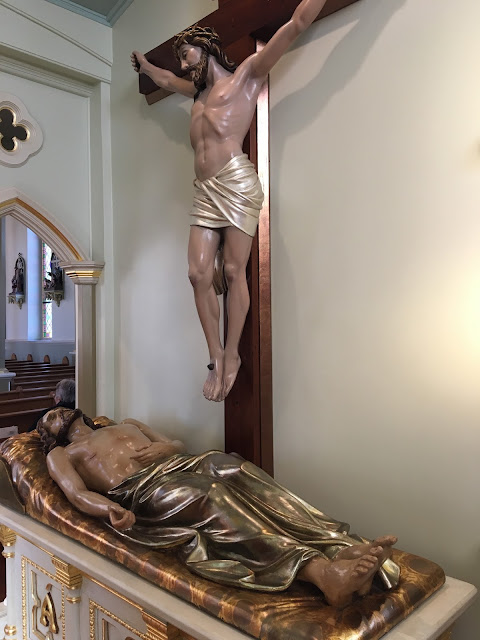 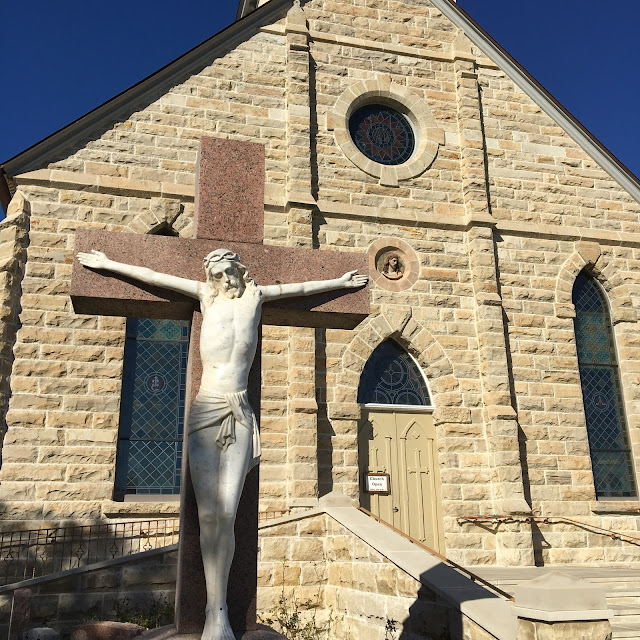