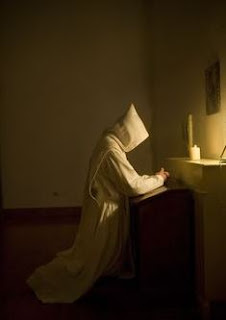 Through the miracle of time I have rediscovered the office of Compline. Although it was the first hour I really learned to say on my own accord I fell out of the practice of saying it in the years since finishing school and finding my life regulated by the daily and monthly pulse of American corporate finance, month end close, and quarterly reports to the Street. I began Vespers several years ago and anticipate Mattins and Lauds for Sundays and major feasts, but the non-major hours (horae minores are during the day???) rarely appear in my life, save Sundays and long vacations.

I was introduced to the old Latin liturgy long ago in the form of the "Traditional Latin Mass," but did not discover the Divine Office until 2011, when I went to Oxford and found the Office to be the pulse of St. Aldate Street. The Dominicans said the full Liturgy of the Hours in English daily while the Oratorians, where my shadow haunted for latria, used the 1962 Vespers for Sundays and the eve of major feasts. At some level I grew to love the Office more than the Mass if only because the Mass is required out of obligation, whereas a layman only attends the Hours out of devotion. Upon return to the States I began saying Compline according to the Tridentine form before going to bed. For a tired mind looking for an evening blessing, Compline is more focused than "Bless mommy, bless daddy, good night, Lord."

Compline is an altogether different sort of Office, both in structure and purpose, from the rest of the hours in the Roman breviary. The major hours (Vespers, Mattins, Lauds) descend from the vigil of psalms and readings that took place at night before the Eucharistic sacrifice in ancient days and which solidified in their extant, pre-1911 form by the age of St. Benedict, if not earlier. The daytime hours (Terce, Sext, None) grew out of non-cleric devotion in the major Roman basilicas by those who wished to pray and sanctify the entire day; because those who sang it were commoners unable to print book on demand, the psalter remained fixed for these hours. Prime and Compline have their origin in the monasteries around Jerusalem and functioned as "fillers" for gaps in the day when a monk might lapse in his prayer. St. John Cassian remarked during his 382 AD visit to Bethlehem that Prime had not yet been adopted everywhere in the East. Similarly, he knows nothing of the tradition already practiced by St. Basil of reciting psalm 90 (Qui habitat in adiutorio) before bed. When Benedict left Rome and brought the basilica psalter with him, he may have brought a newly settled custom of praying other psalms with psalm 90 before sleep.

Compline's distinction in structure and repetition in text makes it an easy hour to commit to memory and hence very suitable for those tiresome moments before bed when creative thought and reflection fail. The words themselves carry a weight of reassurance and tenderness:

For a brief while I attempted the Divino Afflatu rendition of this hour, but found the variable psalms and antiphons antithetical to the very purpose of this Office. Indeed, Compline helped me realize that Pius X and Paul VI's overhaul of the Roman Office was far more radical than what the latter did to the Missal.

Compline represents a marvelous entry point into the Roman Office and deeper liturgical prayer. This prayer for a safe rest under Our Lord's watch, like an "apple to His eye", is approachable in its brevity and constancy while being less mundane than the horae minores of the day: a Confession, a few psalms, a short hymn, a canticle, and a prayer to Our Lady; most remarkable to me, at least in the Tridentine Office, is that the last words on the Christian's lips before sleep are the Pater, the Ave, and the Apostles' Creed. Seven Office sanctify the day, but only one the night!
Posted by The Rad Trad at 12:00 AM