Office of Prime (IV and Final): The Place of the Communal Office Today 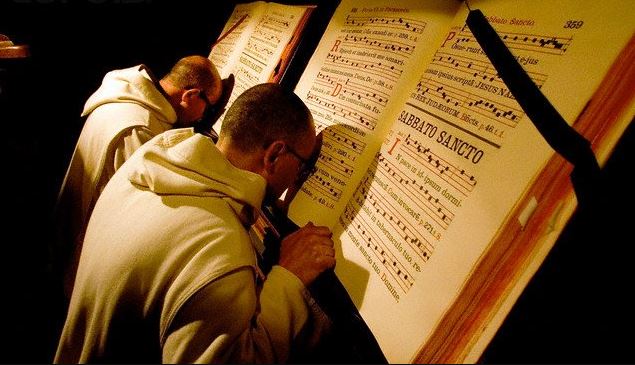 Prime is anomalous in the contemporary liturgical milieu. It carries universal and ancient precedent and yet is no where said publicly except for in Traditionalist monasteries and the odd parish which sings the Office on Christmas Eve for the sake of hearing the Martyrology read.

This is not entirely true. Every Eastern Church retains the Office of Prime in addition to the vigils, Vespers, Compline, and the other horae minores. These Churches will sing Prime monastically as well as parochially. Prime in the Eastern rites does not, however, have the communal and collegiate character that its Roman sibling exhibits. Indeed, the unique characteristics of Prime as a longer hour and something with long(ish) lessons and creeds made it a unique target of the antiquarian reformers whereas the Prime of the Eastern Churches follows the structure and place of Terce, Sext, and None in those rites.

What, then, can we hope for Prime today. Collegiate churches do still exist, but generally follow the Liturgia Horarum of Paul VI and, in this writer's experience, tend to give higher place to something called Morning Prayer and Evening Prayer than to the continued singing of the Office throughout the day. Secular priests bound canonically to some form of the Roman Office also typically use the Pauline Office, which has no Prime and only requires one of the surviving day hours to be said. Does Prime have a future?

As said above, Prime will continue in the Traditionalist monasteries, which are happily thriving vocationally and increasing comfortably in number. While the situation has hardly reached medieval proportions, Traditionalist parishes have also become more liturgically inclined than they were 15 years ago thanks to the broader liberalization of the older rites from the ghetto. Prime does not grace the parish schedule, but Vespers does more often as does the Office of Tenebrae during Holy Week. It is not unthinkable Prime may become an occasional visitor to parish schedules, if only in the truncated form, during Holy Week in the future.

One unconsidered setting where Prime may enjoy a serious revitalization is in the lives of ordinary Catholics who seek a deeper form of prayer. The Office of the Church, after the Eucharistic Sacrifice, is the most substantial and Divinely pleasing form of prayer there is, an on-going gift of the Holy Spirit to enrich and sanctify our quotidian lives. The average Western Christian is not a monk or priest. He or she works in an office or factory or store, has some sort of life outside of work which requires daily maintenance, and goes about socializing with other social animals. That said, he tries to make some sacred—separate—space for serious and engaging prayer, humbly in awe of his Creator.

The Office of Prime is an elegant solution to this dilemma. A layman who seeks liturgical prayer rarely has the time to say the full Office or even large chunks of its while maintaining a job, family, and other obligations. The only option is to chose a part of several parts of the Office. One pleasant future of the traditional Roman Office, in contrast to the Eastern rites at one end and the Pauline rite on the other, is its daily balance between familiarity and variety. Every day is different at the major hours and constant at the daily ones; the psalter varies by week, the prayers, readings, and antiphons and readings by the day of the season. While this is a plus to those who would pray the full Office, none of the individual parts reflect this variety other than Prime. Among the beneficial features of Prime are:


When should Prime be prayed by the layman? Ideally as the first prayer of the day. I have met some laymen who begin the day with Lauds, which is laudable, but perhaps anachronistic. The Institute of Christ the King also begins the day with Lauds at their seminary and priories. Lauds is part of the vigil and is always said in conjunction with Mattins. Even the one perceptible exception to this rule, the midnight Mass on Christmas day, inserts the Eucharist in between these two joined hours, as the Missal envisions; several medieval and non-Roman Latin rites make with more explicit by inserting Lauds into Communion much like Vespers on Holy Saturday.

Prime is down, but not out. Despite having a lesser place in the letter of the Roman law, it is more widely said that it was ten, twenty, thirty, or forty years ago, and remains uniquely suitable to the prayer lives of Christians today. Next time you have a free moment in the morning and you are tempted to refill your poison coffee or say your devotion, break out your Breviary, iPhone app for Divinum Officium, or your Little Office, open to the day's Prime, and delve into a prayer begun in the day of Cassian, ratified by the Church's saints, and said to this very day.
Posted by The Rad Trad at 10:38 PM

Email ThisBlogThis!Share to TwitterShare to FacebookShare to Pinterest
Labels: prime