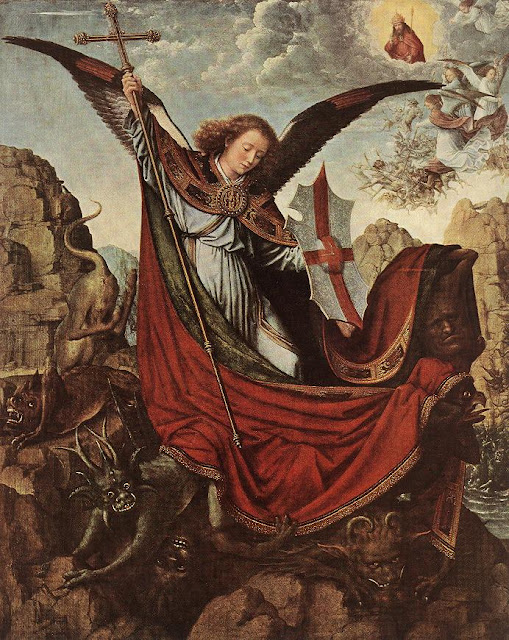 In commemoration of the dedication of a Roman basilica to St. Michael, September 29 is kept in honor of the Archangel who the Prophet Daniel describes as “the great prince, who standeth for the children of thy people.”

The Mattins of the day include a sermon from St. Gregory the Great:


They who go on the lesser messages are called Angels they who go on the greater Archangels. Hence it is that unto the Virgin Mary was sent no common Angel, but the Archangel Gabriel. For the delivery of this, the highest message, it was meet that there should be sent the highest Angel. Their individual names also are so given as to signify the kind of ministry wherein each is powerful. Michael signifieth: Who-is-like-unto-God? Gabriel, the Strength-of-God, and Raphael, the Medicine-of-God.

As often as anything very mighty is to be done, we see that Michael is sent, that by that very thing, and by his name, we may remember that none is able to do as God doeth. Hence that old enemy whose pride hath puffed him up to be fain to be like unto God, even he who said, I will ascend unto heaven, I will exalt my throne above the stars of God. I will be like the Most High, this old enemy, when at the end of the world he is about to perish in the last death, having no strength but his own, is shown unto us a-fighting with Michael the Archangel, even as saith John: There was war in heaven Michael and his Angels fought against the dragon; and the dragon fought and his angels.

In Lauds the pious belief that Michael will lead the souls of men to judgment after death is repeated in antiphon: “Michael Mine Archangel, I have appointed thee for a prince over the ingathering of souls.” 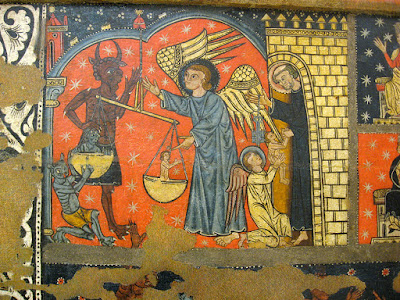 Customarily, Michaelmas is celebrated with a feast of goose and apples. Blackberry cobbler is also popular in some parts of Christendom, because of the belief that St. Michael cast Satan out of Heaven into a blackberry bush. Some bloggers try to convince the world that carrots are proper for this feast, but they are clearly operating out of a corrupted tradition. 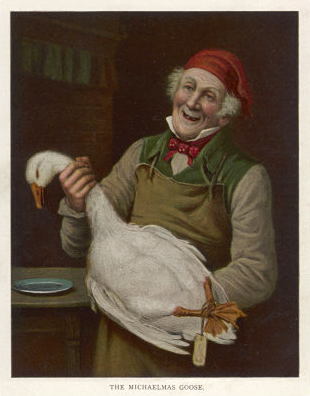 The Michaelmas Daisy is a late-blooming flower best used for systematically discerning romantic interest via plucking the petals.