Back in January, His Traddiness argued that increasing the presence of priests and religious on college campuses could be a method of ensuring their continued social worth, a point brought up again recently in his “Unholy Writ.” I do not disagree, and I think placing religious figures in a place where people experience many major turning points in their lives is probably the only way the priesthood will regain any prominence in the public consciousness. One thinks of Fr. Leonard Feeney, who got himself in so much trouble for encouraging young people at Boston College to read patristic sources with his peculiar theological lens.

But there are other such turning points, other times of psychological plasticity when people are more capable of formation. Suicide rates in the United States have recently reached a thirty-year high, according to the National Center for Health Statistics. These rates seem to be going up around the globe, and there is as yet no major Catholic spiritual movement combatting the plague of self-murder or its causes. When suicides occur, the dead are spoken of in vaguely sentimental and pitying terms, neither condemning the act nor the malaise of despair that causes it.

Priests and religious would do well to organize and oppose suicide in all its forms. This means first and foremost being compassionate and proactively seeking out people of all ages who are lost in the mire of desperation. They must learn basic counseling skills, the essentials of the psychological sciences (modern and classic), and the ability to spot potential perpetrator-victims. Compassion is the honey needed to attract the bees, but the desperate cases will not respond without a strong demand for moral reorientation.

So, it would also mean preaching or otherwise publicly opposing suicide as a legitimate moral option in any circumstance. Those who legitimize the option as a noble exit from this life must be condemned as neo-pagans. (St. Augustine’s harsh words on the subject ought to become as familiar as rote.) Those Catholics who implicitly legitimize it by moral sophistry and by exaggerating the slightest argument for lack of culpability must be silenced. Bishops might consider reviving the ancient practice of refusing to bury suicides in sacred ground after this movement has gained some traction. 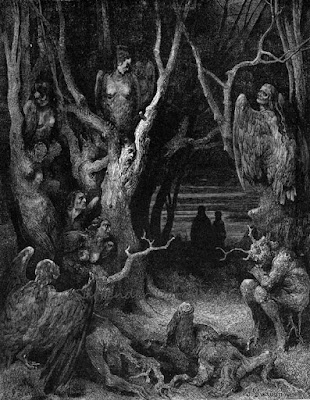 Another turning point is at conversion to the Catholic Faith. The Church receives many converts every year, but some estimates put the attrition rate of American converts at about 50% within the first year. Conversion is very much a time of psychological plasticity, when men and women are both emotionally vulnerable and capable of surprising alterations in their lives. The choice to leave behind their former beliefs and way of life also puts them at great risk if the following months and years go poorly.

I have described conversion before as a kind of psychological trauma, and I think that is important to bear in mind. The convert has become psychologically destabilized, intentionally, in his efforts to reorient his mind, body, and heart to the Catholic spirit. He is the recipient of many graces and movements of the Holy Ghost, but he is not capable of fully realizing those graces if he cannot find the proper help and formation on the other end.

The very people who are good at bringing people into the Church are terrible at keeping them here. The intellectual formation offered by apologetics is very different from the formation needed by the newly-confirmed Catholic. While the potential convert desires arguments, historical education, and an introduction to basic liturgical prayer, the recently-converted desires moral formation, spiritual practices (devotional or otherwise), the exploration of sacred art, the patronage of his chosen saint, and the discovery of his place in the Catholic social order.

While the aid of laymen (especially godparents and sponsors) is important in many respects, priests and religious ought to take the lead in offering this assistance to recent converts. Perhaps a five- or even ten-year plan could be developed, in which the infant Catholic is gradually guided into spiritual adulthood. As St. Paul once wrote, “You were little children in Christ’s nursery, and I gave you milk, not meat; you were not strong enough for it.” It is grossly unjust to allow converts to wander aimlessly after their conversion, as if assuming that the Spirit who moved them into the Church will infallibly lead them through all of its troubled waters. Clearly this is not the case, as proven by the apostates that commit spiritual suicide in droves.

These two ministries—for the suicidal and for the convert—could even be grown out of His Traddiness’s proposed college ministries. Colleges and universities are common trouble spots for depression and self-hatred, but also fertile grounds for conversions when given the right professor or priest. I do not know if such ministrations would be effective towards strengthening the Church’s position in society and culture, but I do know that they are desperately needed, and would be greatly appreciated by the recipients thereof.