The Voris-Jones Affair: Part I 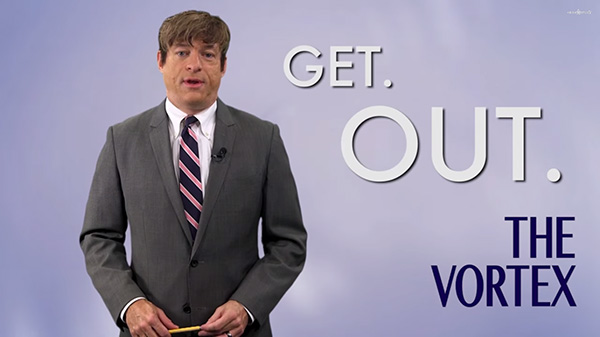 The recent self-epublished essay The Man Behind the Curtain: Michael Voris and the Homosexual Vortex by E. Michael Jones, PhD is worth considering for a few reasons, prime among them its best-seller status within multiple Amazon Kindle ebook categories. Unlike this post, Jones’s essay is a few levels above mere bloggish ephemera that will be buried under the 24-hour news cycle.

My familiarity with Jones’s writing is slightly higher than zilch and quite lower than comprehensive. I am aware that he has published his Culture Wars magazine for about twenty years. A few years back I read his Monsters from the Id: The Rise of Horror in Fiction and Film; I found its premise of horror fiction as an outworking of sexual guilt intriguing but decreasingly compelling as its repetitive 312-page argument dragged on. He has published many bloated essays through Amazon’s Kindle service, but at least a few of them—Tolkien’s Failed Quest, Requiem for a Whale Rider, and Protectors of the Code—I have personally found informative if not very well argued.

Dr. Jones has been accused of anti-semitism for years, a fact I would not bother to bring up if he did not do so himself at surprisingly great length in The Man Behind the Curtain. His social commentary has raised eyebrows and drawn accusations of race-baiting, homophobia, anti-traditionalism, and anti-capitalism. I have no intention of writing a general exposé of Jones’s writings, and will try to keep my commentary to the essay at hand.

The most worthwhile parts of The Man Behind the Curtain are to be found in chapters six through eight: “Church Militant: The History Leading to the Crisis,” “The Man Behind the Curtain Comes Out and Continues to Hide,” and “Damage Control.” These chapters have the largest amount of factual, sourced reporting and the smallest amount of interpretive commentary. The chapters are still problematic, as I will show further on, but the reconstructed timeline of Michael Voris’s “coming out” is a good reference, if only as a way of keeping the chronology straight.

That is honestly the nicest thing I can write about this essay.

The very first endnote in this ebook is a reference to Michael Voris’s Wikipedia page. This should be enough to give even the casual reader pause. One does not need academic pretensions to be worried about citing a protean online encyclopedia in a serious journalistic work. The bulk of Jones’s citations are online, which is not intrinsically problematic, especially considering the subject under discussion. He also cites Gerard van den Aardweg’s The Battle for Normality: A Guide for (Self-) Therapy for Homosexuality (Ignatius Press, 1997) throughout, albeit to the point of nausea.

More worrisome than the citations used are the citations never given. Jones frequently writes of past occurrences without bothering to produce any evidence that they actually occurred. His section on Mother Angelica is a perfect example, where he can cite chapter and verse of her famous 1993 anti-episcopal complaint, but is too lazy to provide evidence for his exotic claims about her earlier life. At one point he quotes Maureen Mullarkey concerning Voris without a citation, but later in the essay he actually cites her “Studio Matters” blog correctly with a link. He is inconsistently sloppy.

Many of the statements about Voris’s earlier life are merely stated without a shred of evidence or reference. Others are presented as hearsay from sources presumably close to Church Militant. Jones writes of ex-lovers from Voris’s past who posted accusations online, but does not give names and dates, even though Facebook always displays both.

Indeed, the frequent factoids about Mr. Voris’s sordid past are the most troublesome parts of Jones’s citational shortcomings, especially considering their apparent source in Voris’s spiritual advisor.

The identity of Voris’s spiritual advisor/director is left anonymous throughout this essay. (I will refer to him simply as Fr. Advisor from here on out.) Presumably this is to protect the advisor’s good name, to distance him from scandal, and to preserve confidentiality. If your irony meters aren’t shooting through the roof, there is probably something wrong with your soul.

Jones states that “Voris became involved with his spiritual advisor during the fall of 2010.... Voris was looking for a chaplain who could say both the novus ordo and extraordinary forms of the Mass” (ch. 6). He says that Fr. Advisor was being harassed by a powerful homosexual priest in his diocese, and looked to the position at Voris’s studio as a way of escaping this hostility. Once in Voris’s employ, Jones writes, Father was trapped “by a combination of financial dependence and bad theology” (ibid).

Many insights into Voris’s psyche are explicitly said to come from Fr. Advisor. Other supposed facts seem like they must have been revealed by Voris personally to his advisor. The rest apparently were quietly extracted from disgruntled Church Militant workers under the cover of anonymity.

The morality of including any private conversations between a person and his spiritual director is highly questionable. Unless Voris and Fr. Advisor had mutually agreed against confidentiality (an unlikely scenario), I do not see how the publication of this anonymous priest’s private conversations with his advisee is acceptable by any standards, especially in the context of Catholic spiritual paternity.

The timeline surrounding Voris’s “coming out” is, as mentioned earlier, related in surprising detail in chapters 6-8 of The Man Behind the Curtain. Some of these details are extracted from Voris’s online videos and postings at the time, others from related (albeit still unsourced) news items, but many are emails written by those close to Church Militant.

A collection of emails specifically from Marc Brammer, Terry Carroll, Michael Voris, Frank Coan, and Fr. Advisor, some of them quite personal and angry, are quoted at length. They show the unfolding realization of financial misconduct within the St. Michael’s Media organization, and the gradual understanding of the depth of Voris’s manipulations behind the scenes.

One wonders how Jones got his hands on these emails. Were they forwarded to him by one of the participants? Perhaps Fr. Advisor attached them with the rest of his diary entries. Maybe one of the others was angry enough with Voris to hire Jones as a hatchet man. Or maybe the answer is to be found in this brief admission in chapter 6:

On Friday, April 15 [of 2016], Ryan Walker, one of Voris’s backers and, more importantly, the only person Voris could consider a friend [And to Mr. Walker’s credit, he does not seem to have contributed to Dr. Jones’s essay. –J], drove from Detroit to South Bend, Indiana to attend the Notre Dame Blue/Gold game with two of his sons. His original plan involved bringing Voris and Matthew Pearson, Voris’s assistant, to South Bend to confer with Brammer and E. Michael Jones about future programming.

Is this a hint that Jones was in fact a part of this large email group? Did he publish all of these men’s letters on his own initiative? If so, did he bother getting anybody’s permission first? Considering his overall lack of journalistic scruples, one has to wonder.

There is far too much to say in one post. Part II will be coming soon. In the mean time, enjoy this musical interlude.