In the Greek tradition today is the feast of St. Elias the prophet, commemorated during the Divine Liturgy and during the Office. The pastor of our parish preached the best sermon I have heard in a very long time. Elias, or Elijah, was a prophet in the proper sense of the word, "coming from the mouth," one who speaks on behalf of God to people about their sins and calls them to repentance. A prophet is not a fortune teller or palm reader who predicts the future. Elias called Ahab and his wife to repent after permitting the veneration and then aiding the worship of false deities. Then God sent forth His punishment in the form of a drought.

It occurred to me over the course of the sermon that the punishments of God often are anti-Sacraments or work in the opposite way of a Sacrament. God made the world and saw what He created was good, although Man fell and took Creation with him. That did not annihilate the goodness of Creation, but wounded it. What Christ did when He spat in dirt and used the mud to heal a man's blindness was to show that the physical would soon aid the spiritual, which He fulfilled in giving to the Church the Sacraments. In punishment God afflicts the physical Creation because one often allows the created things to crowd out the soul. In killing the created, God uncovers the soul in its affliction.

Of course no one likes affliction or punishment and the people Elias confronted were no different. Exceptional and rare among the prophets, Enoch the only other like him, St. Elias did not die either by murder or natural causes. Rather he was taken by God in a chariot of fire. In commemoration of his assumption, if that term is proper, priests traditionally bless cars and other means of transportation today. We were privileged to have our vehicles blessed today.

The priest added the wise observation that the Church is the prophet today, calling people away from their ills and to repentance. If that is not what the Church is doing, it is what she must do. 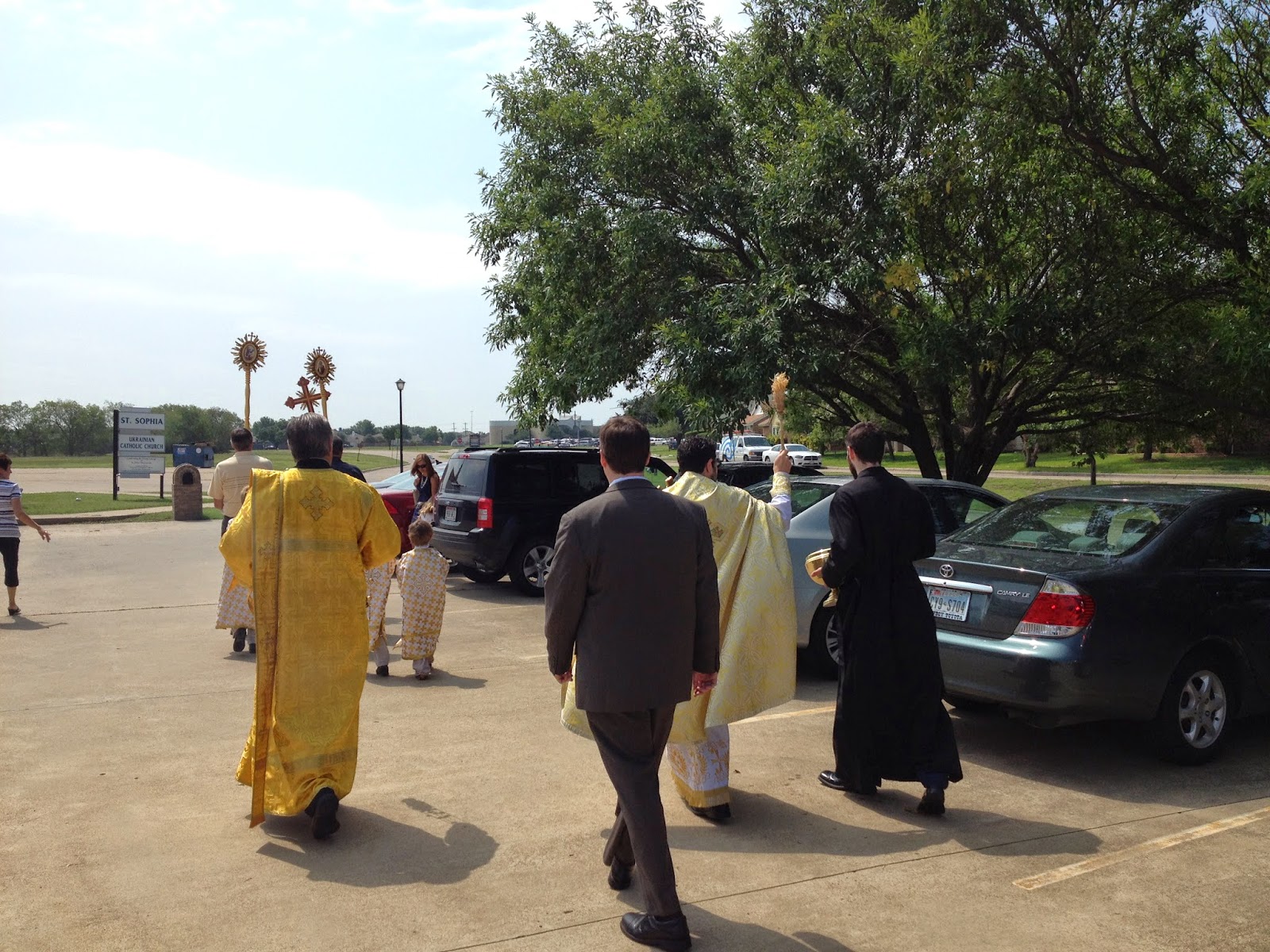