"Some would argue that the Austro-Hungarian Empire still exists, since Blessed Karl never lawfully abdicated," said my host during the post-dinner cigars last evening. "That's quite something," I quietly thought, "since when my grandmother left Hungary in 1925 she was accustomed to calling it Hungary."

Our sympathies for noble causes can sometimes distract us when they are too removed from reality to see the tinge of human fault, which would be more apparent were there any substance to them. The Austro-Hungarian Empire is very gone.

This conversation led me to remember a strange tomb I saw in the Vatican basilica six years ago. I could not understand why it was there, ignorant of pretender history at the time, and was convinced the Latin must have been some sort of mistake, since England never had a James III. The "Karlists" may never have their chance, but the Jacobites did and made the least of it. The Hanovers and their descendants continue to supply English monarchs. Walter Scott's Edward Waverly failed to advance the Stuart cause, apparently. 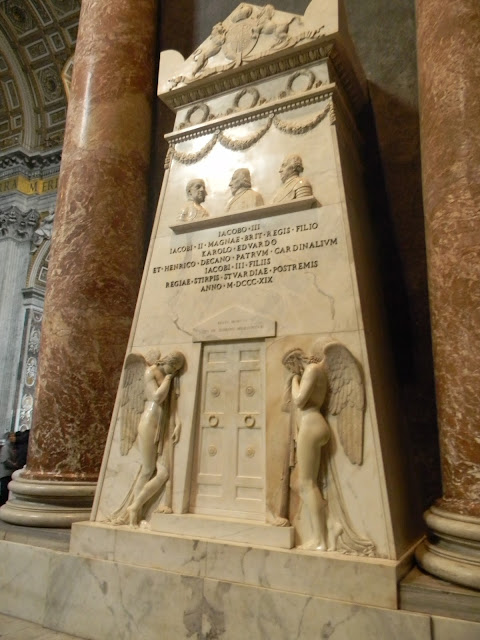