Readings: Part of the Roman Rite? 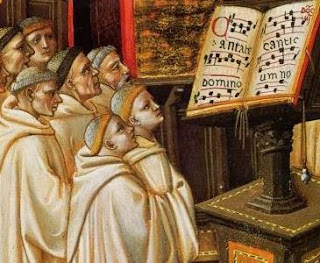 Discussion at New Liturgical Movement has come around to positing that the Roman liturgy proper is composed of "elements more and less central" to its identity rather than a minimal statement of validity. This touches on what has been said on this blog for years, that the Roman liturgy is not to be found in a given set of books ("pre-'55", 1962, "pre-Pius X" etc), but rather a series of characteristics either ancient in origin or synthesized by gradual acceptance over the course of several generations. Some elements, like the Eucharistic Canon of Mass and the Kalendar, are irreplaceable as essentials of the rite. Others, like the offertory prayers and choir ceremonies, form unique aspects of the Latin liturgy that distinguish local "dialects" from the mother tongue. The Sacramentary, Psalter, and Sunday lectionary are essential aspects of the Roman rite, while ritual books and private prayers have always permitted some local variation. However, one aspect of the Roman liturgy that we have not argued as an essential on this blog is the Mattins cycle of readings.....

Simply because they changed relatively often before Trent. St. Pius V's commission to pare down medieval exuberances also looked at the inherited Curial breviary's reading schedule for the Office and found it wanting in the age of sola Scriptura. As of 1529 most of the readings for feasts, aside from the Gospel lesson in third nocturne, were edited Patristic sermons of variable, and occasionally dubious, origin.

It was not always this way. Six or seven centuries earlier readings tended towards Scriptural passages, often at lengths that discouraged concentration by the canons and monastics praying the Office. The Cluniac Divine Office often covered an entire Pauline epistle in two days of Mattins; this proved so onerous during the evening vigil that the abbot regularly appointed a monk to roam the Choir with a wooden stick and call inattentive monks to attention when they dozed off.

Centuries before then the readings may have been an odd mix of Scripture and contemporary sermons. Pierre Batiffol recounts St. Augustine advising a pastor as to which of his sermons he thought worthwhile to read during the Office.

The Tridentine commission assigned Scripture to the first nocturne of Mattins for feasts, often taken from the same book and chapter as the pericope at Mass, and a gradual reading of St. Paul on ferial days. The unique Masses of Lent already possessed proper Gospels and hence required no revision in the study group's mind. Local uses seem to have revised their vigil readings in line with the Scriptural revival in the Roman Office, although some, like Sarum, died out as they were, leaving Origen's sermon on the Incarnation for us on Christmas Eve.
Posted by The Rad Trad at 12:00 AM